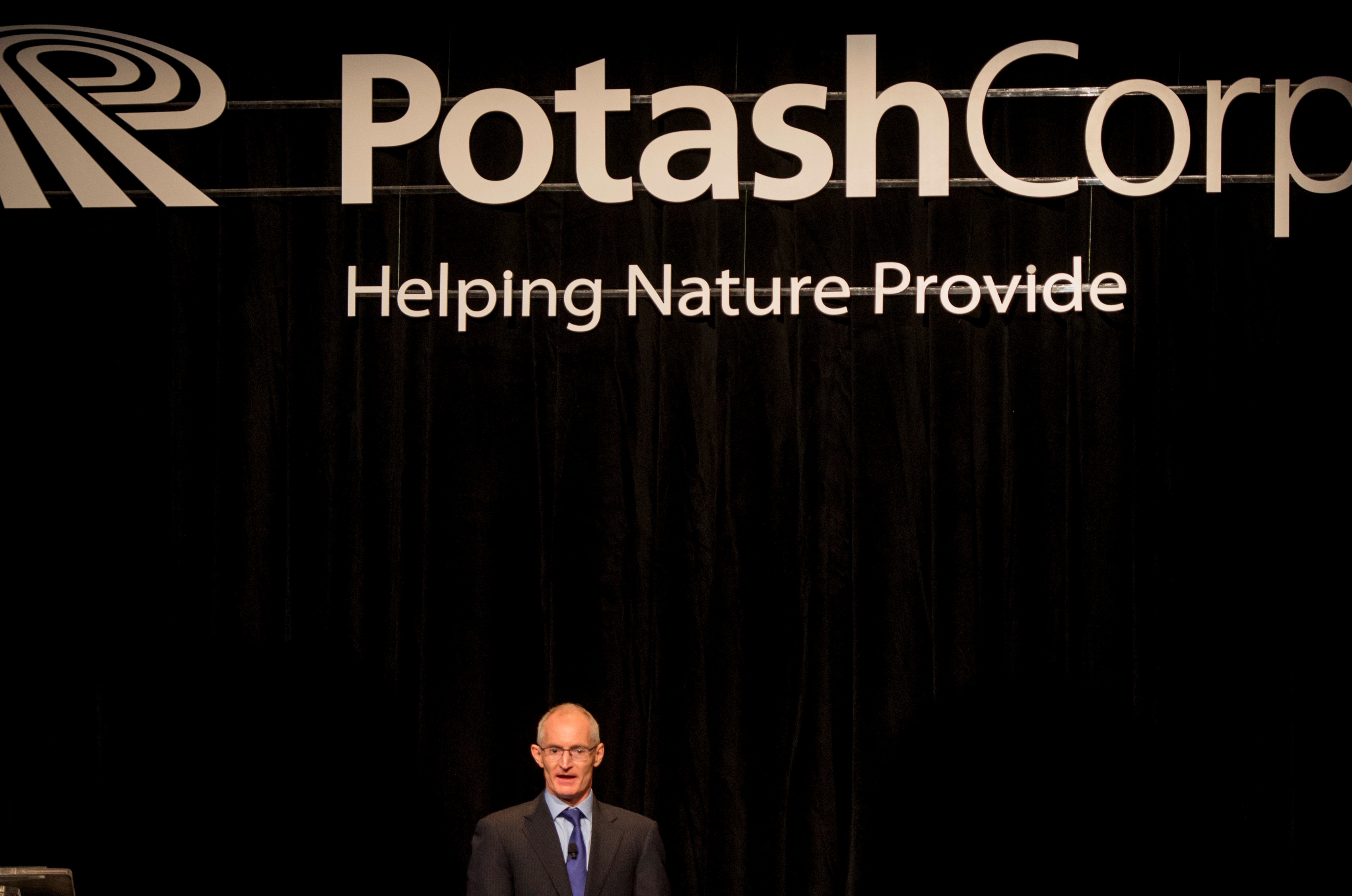 A potash giant may soon emerge from the ashes of failed global matchmaking. Canadian fertilizer producers Potash Corp and Agrium say they are discussing a merger of equals. The potential tie-up follows a string of aborted industry combinations dating back to Australian miner BHP Billiton’s $39 billion swoop on Potash in 2010 (in retrospect, a dodged bullet for BHP). As a boom in commodities of nearly every sort has gone bust, friendly attempts to forge a more modest merger look achievable.

The world has changed drastically since Canada shot down BHP’s hostile attempt to swallow Potash, arguing it was against the national interest. Demand for seeds, fertilizer and other agricultural materials – which boomed as rising Chinese demand and booming U.S. ethanol production drove up crop prices – has slumped amid a global grain glut that has sapped farm income. That’s spurred a wave of deals in the farming sector, such as Dow’s planned merger and three-way breakup with seedmaker DuPont and ChemChina’s recent agreement to buy crop-chemicals giant Syngenta.

Fertilizer makers, which faced additional pressure after the collapse in 2013 of a global cartel that used to coordinate the supply of potash, have struggled to strike similar deals. Potash last year offered nearly $9 billion for potash producer K+S, only to withdraw its offer after the German group demurred. Another multibillion-dollar tie-up between CF Industries of the United States and OCI of the Netherlands fell apart in May after changes to U.S. rules for so-called tax “inversions” ate into the deal’s anticipated benefits.

This time may be different. Potash and Agrium shares jumped around 12 percent and 6 percent respectively after confirming their “preliminary” discussions on Tuesday, putting their combined equity value at around $28 billion. That’s less than the $39 billion BHP was willing to pay for Potash in cash just five years ago, but the lack of cross-border complications and the friendly nature of the discussions mean the latest attempt at fertilizer mega-M&A has a better chance of taking root.

Canadian fertilizer companies Agrium and Potash Corp of Saskatchewan said on Aug. 30 they were in preliminary discussions about a merger of equals. Potash shares were up about 11 percent and Agrium's 6 percent at 1 p.m. EDT. The talks were first reported by Bloomberg.

Jochen Tilk, who takes over as Potash Corp's chief executive officer in July, attends the company's annual general meeting in Saskatoon, May 15, 2014.

Canadian fertilizer companies Agrium and Potash Corp of Saskatchewan said on Aug. 30 they were in preliminary discussions about a merger of equals. Potash shares were up about 11 percent and Agrium's 6 percent at 1 p.m. EDT. The talks were first reported by Bloomberg.