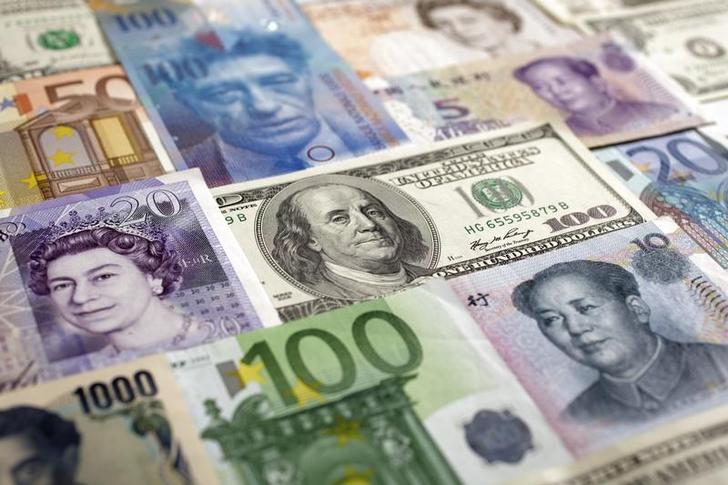 The pound has joined the euro in the unwanted currency strength camp. There are British factors but the main reason is that excessively loose U.S. monetary policy is distorting currency markets – and other markets besides. Trouble is in store.

Economists have long expected a divergence of central bank policy when a relatively strong U.S. recovery leads to higher policy interest rates. But for now the divergence is entirely in the other direction. The UK’s quantitative easing ended in October 2012. The European Central Bank arrives at today’s meeting still just thinking about QE and has a balance sheet that’s shrinking. But the U.S. Federal Reserve is still printing money.

The impact is felt worldwide. A trade-weighted index of the dollar’s value languishes at 18-month lows. The already strong euro has gained almost 9 percent since last July and remains close to $1.40. The pound is homing in on $1.70, a gravity-defying ascent from below $1.50 in July. Against the euro, however, the pound has climbed by just 2 percent in the past year. Dollar weakness explains why sterling’s trade-weighted index has rushed to its highest in six years.

There are some purely British factors behind the pound’s rise, including a recent pickup in growth and a less desirable very high flow of foreign funds into the bubbling London property market. The unhealthy spurt in London and other global property prices is also likely to reflect ultra-loose Fed policy.

The currency implications are awkward. A climbing euro risks cutting import prices further, worsening a too low euro zone inflation rate of just 0.7 percent. UK exports are struggling and the trade deficit on current account is the biggest since 1989. An already unbalanced recovery will be dangerously exacerbated.

The picture may change abruptly. By the fourth quarter the Fed should stop printing dollars. The greenback may at last begin its recovery. For the euro that may bring welcome easing. For the bubbly, trade deficit-ridden UK the risk could be of a more destabilising and inflationary slide.

This sort of volatility is good only for fast-moving traders. The ultra-lax Fed’s divergence from Europe looks ever more of a problem.

The euro traded at 1.392 on May 8, with the European Central Bank set to conclude its latest monthly policy meeting later in the day.

The Markit/CIPS services purchasing managers’ index for the UK rose to 58.7 in April from 57.6 in March, far above the 50 threshold for growth.

The euro traded at 1.392 on May 8, with the European Central Bank set to conclude its latest monthly policy meeting later in the day.

The Markit/CIPS services purchasing managers’ index for the UK rose to 58.7 in April from 57.6 in March, far above the 50 threshold for growth.