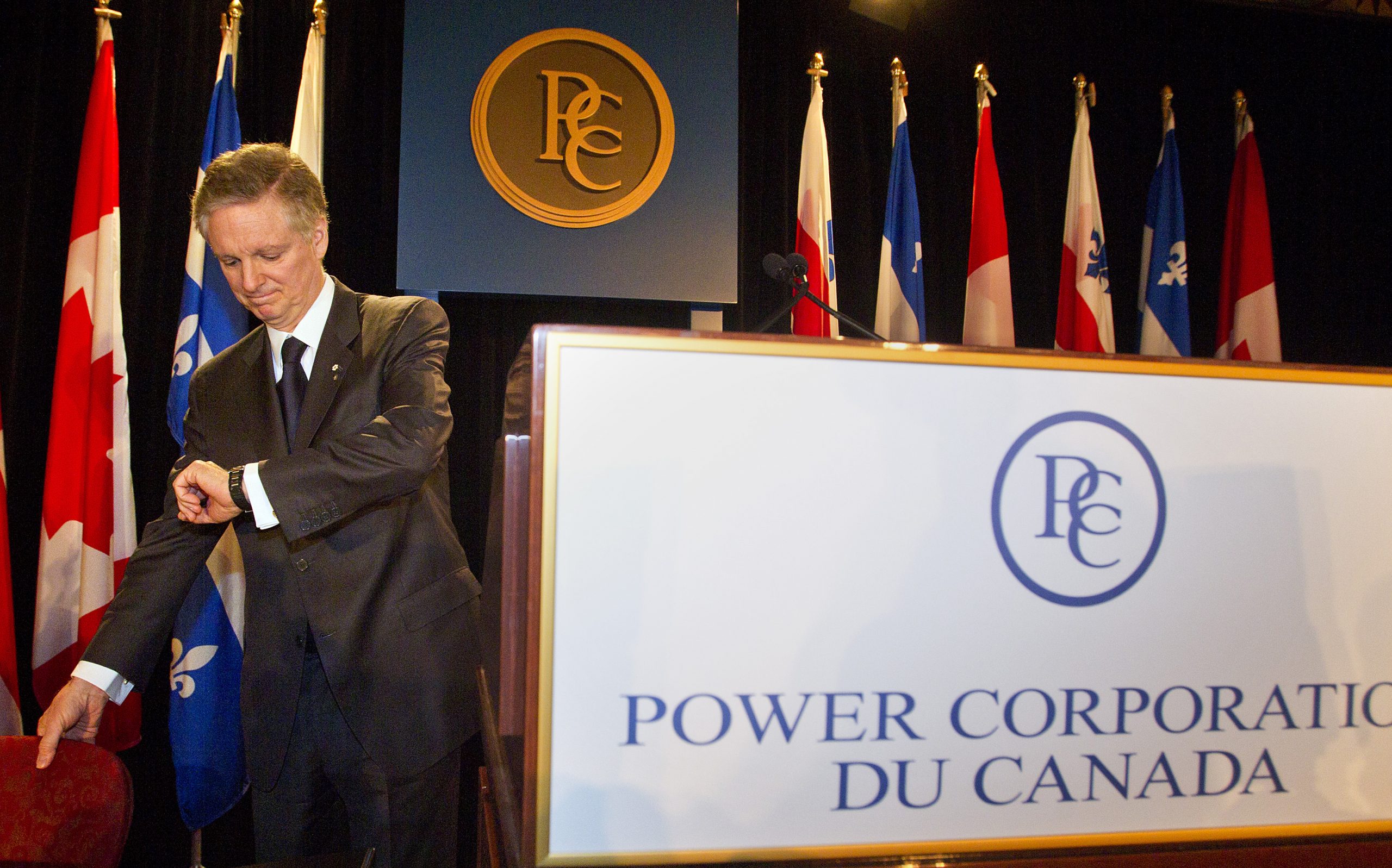 Canada’s Desmarais family is simplifying its holding structure, moving outside owners of Power Financial up to its $10 bln parent, Power Corp. A valuation discount is narrowed, transparency is improved, and no one is being forced to sell at cut price. It’s power used responsibly.

Power Corporation of Canada's Paul Desmarais Jr., chairman and co-chief executive officer checks his watch prior to their annual meeting in Montreal, May 13, 2011.

Shares of Power Financial rose nearly 10% on Dec. 13, their biggest jump in more than a decade, after parent Power Corp of Canada agreed to buy the 36% of the company it does not currently own. Power Corp has offered 1.05 of its shares and C$0.01 in cash for each Power Financial share.

The company said it would save about C$50 million ($38 million) per year in cost reductions within two years of the deal’s close, expected in February.