Painted into a corner 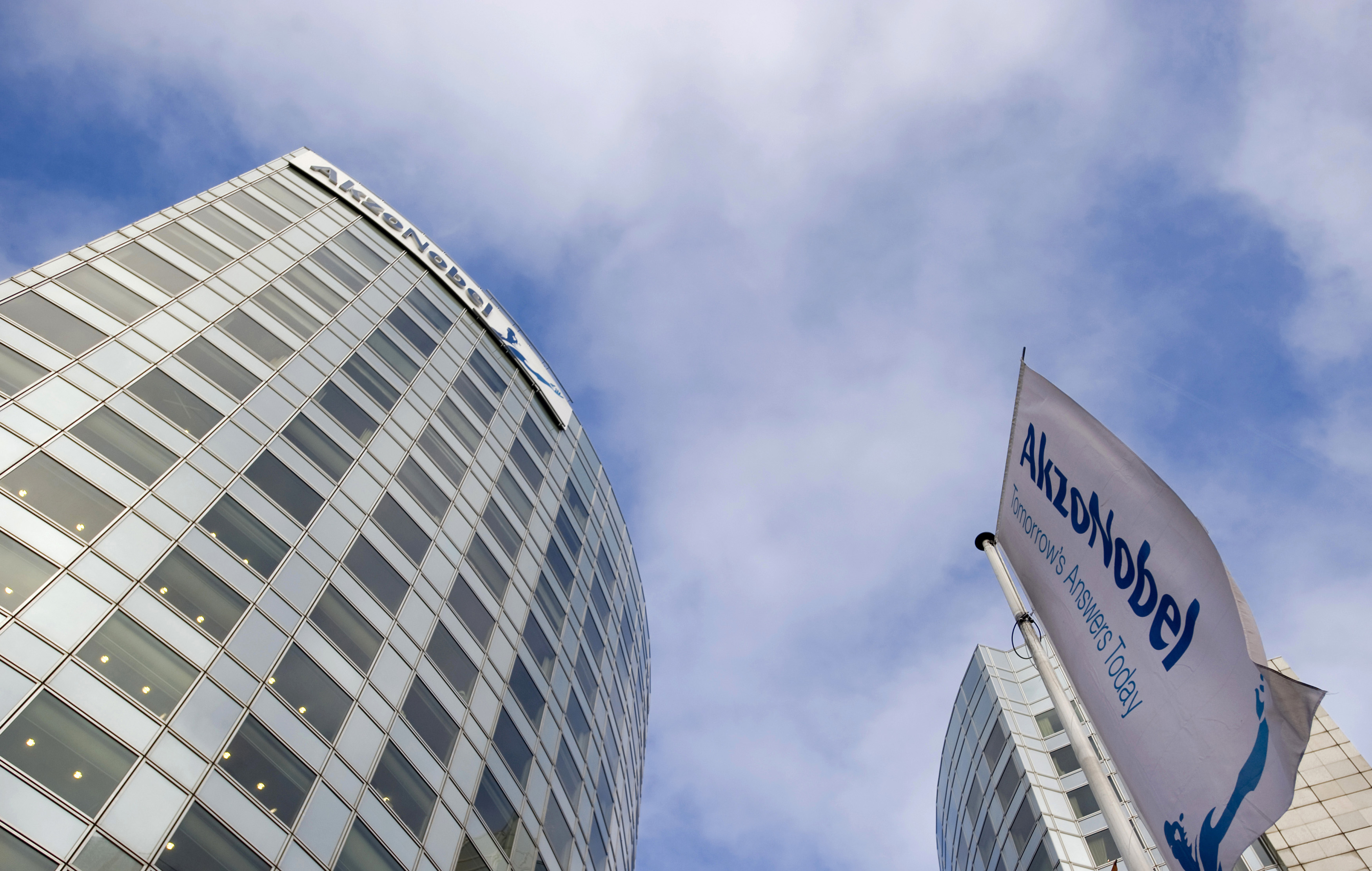 The U.S. paint and coatings maker says cost savings and the benefits of scale justify a $24 bln offer for its Dutch rival. It’s hard to tell a more visionary tale in a low-growth sector where consolidation is the way to stay ahead. But PPG’s synergy targets don’t add up either.

A view of AkzoNobel's headquarters, ahead of a presentation of the paint maker's 2011 fourth quarter and annual results, in Amsterdam February 16, 2012. REUTERS/Robin van Lonkhuijsen/United Photos (NETHERLANDS - Tags: BUSINESS) - RTR2XXLX

Michael McGarry, chief executive of U.S. paint maker PPG, travelled to Amsterdam on March 23 to promote a takeover offer he has tabled for Dutch peer Akzo Nobel. He said he was prepared to meet Akzo’s board “any time, any place” to discuss the bid.

Akzo said on March 22 it had rejected a part cash, part share offer for Akzo worth 88.72 euros per share, valuing the company’s equity at 22.4 billion euros ($24.2 billion). PPG said the merger would generate annual synergies of at least $750 million.

Akzo Nobel Chief Executive Ton Buechner told Reuters in an interview late on March 22 that he was not willing to meet with McGarry on the basis of PPG's latest offer. McGarry said on March 23 he was not considering another improved offer or a hostile bid for the time being.

A poll of 50 Akzo Nobel shareholders published by Sanford Bernstein found that 80 percent of them wanted the company's management to enter talks with Pittsburgh-based PPG. The Dutch shareholders' advocacy group VEB, as well as several major investors, have publicly called for the companies to enter talks.