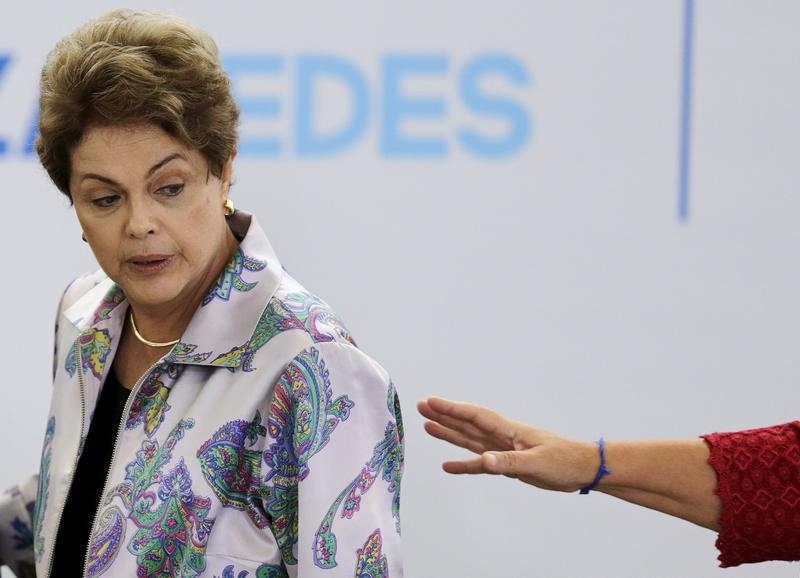 The more Dilma Rousseff takes herself out of the picture, the greater her country’s credibility. Letting lieutenants tackle Brazil’s creaky finances and the central bank fight inflation unhindered is a good start. The $2 trln economy, however, requires additional feats to amaze.

The Brazilian central bank on April 29 raised its benchmark Selic interest rate by 50 basis points for a fourth straight time, to 13.25 percent, the highest level since December 2008. By raising rates by 2.25 percentage points in the past six months, the central bank aims to cut 12-month inflation, which was running at 8.13 percent in March, to the 4.5 percent center of an official target range by 2016.

On April 30, the Brazilian government recorded its smallest primary budget surplus for the month of March in five years. The surplus of 239 million reais ($80 million) was far below the 5.2 billion reais expected by markets in a Reuters poll.

President Dilma Rousseff, whose popularity has plummeted because of an economic downturn, her government’s austerity measures and a huge corruption scandal at state oil giant Petrobras, will not deliver a traditional International Workers’ Day television and radio address to the nation on May 1 this year.

Rousseff will use social media instead to interact with Brazilians, her spokesman said on April 27. He added that the decision was not related to protests in which residents in some districts of Brazil’s biggest cities banged pots and pans during a nationally broadcast speech Rousseff gave in March to mark International Women’s Day.