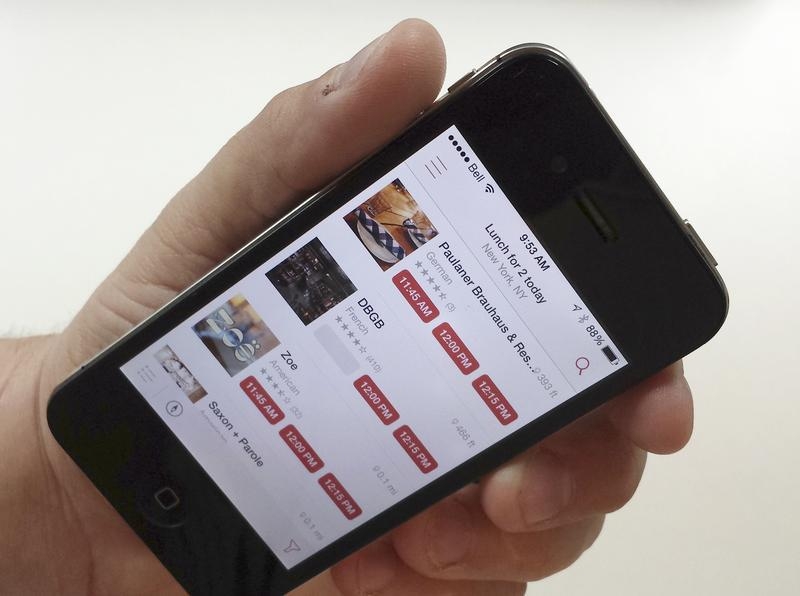 Priceline definitely didn’t pick the budget option in its own search for expansion. The online travel outfit is paying a 46 percent premium – $2.6 billion in cash – to snag OpenTable, the listed restaurant reservation site. Each helps small businesses and customers find each other. But the tariff only makes sense if Priceline can plug many more of both into OpenTable worldwide.

Priceline’s success and its $64 billion market valuation are rooted in the 2005 acquisition of Booking.com, which now has a near lock on helping small hotels in Europe get online and gather reservations. A subsequent purchase of Asian firm Agoda followed a similar pattern. Rolling out into new countries – it’s now in more than 200 – has meant healthy growth and profit. Priceline’s revenue increased nearly 30 percent last year, and international business accounted for 94 percent of its operating income.

As for OpenTable, about a third of its revenue comes from software that puts restaurants online. Two-thirds comes from matching eateries with customers and taking a cut of the proceeds. Yet its hardware and software combination seems increasingly clunky. And OpenTable has been slow to expand internationally, considering the potential opportunity. Top line growth was only 18 percent last year, and outside North America revenue increased at an even slower rate, while accounting for only 13 percent of the total.

Priceline thinks it can boost OpenTable overseas. Travelers also need a place to eat, so suggesting places to eat and setting up reservations seems like a natural synergy. There’s also room to make OpenTable’s product more easily accessible to restaurateurs by putting it in the cloud and to improve the consumer experience.

But it won’t be easy, even with Priceline’s heft, given increasing competition especially outside the United States. Moreover the price tag, which incorporates a roughly $800 million premium, bakes in a lot of success considering that OpenTable’s free cash flow is running under $50 million a year. The acquisition may ultimately become a tasty meal, but for now it’s a costly appetizer.

A man holds a smartphone displaying the OpenTable app in a photo illustration in Toronto June 13, 2014. Travel website operator Priceline Group Inc said it would buy OpenTable Inc for $2.6 billion in cash as it looks to add restaurant bookings to its services. The offer of $103 per share represents a premium of 46 percent to OpenTable's Thursday close. REUTERS/Chris Helgren

Priceline on June 13 said it had agreed to buy OpenTable for $2.6 billion in cash, or $103 per share, a 46 percent premium to the online restaurant reservation service’s closing stock price on June 12.

At Priceline’s $1,226 per share closing price on June 12, its market capitalization was $64 billion. As well as travel booking gateway priceline.com, the company’s brands include the Booking.com accommodation finder and Kayak, the travel comparison site that Priceline agreed to buy in November 2012 for $1.8 billion in cash and stock.