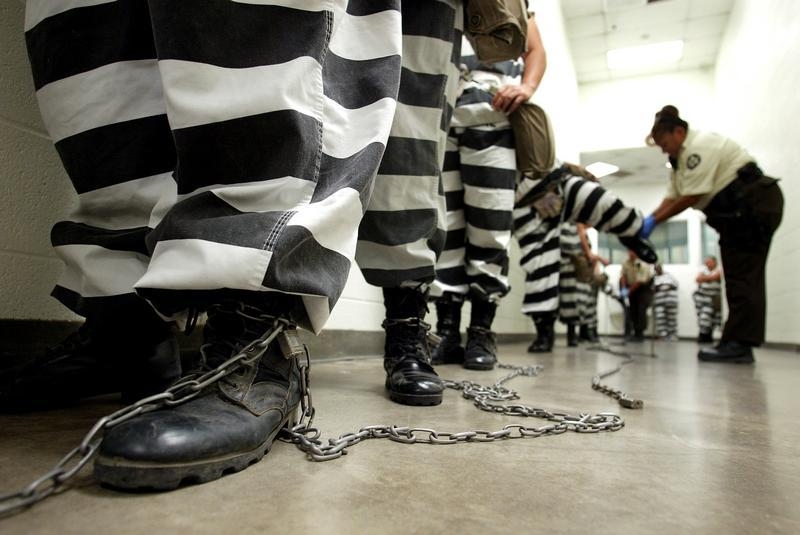 Columbia University’s prison break frees it to make a difference. Divesting from private jail companies could actually strengthen the Ivy League school’s influence over a bloated American penal system. Alternative investments that pay off if inmate populations drop rather than rise can prompt fundamental change, with returns to society that are priceless.

The New York-based college won’t reveal the size of its holdings in private incarceration companies, but they’re surely tiny slices of its $9 billion endowment, and even of two of the biggest in the sector, the $3.9 billion Corrections Corp of America and 4.2 billion pound G4S. Unloading them may erase the stigma of profiting from imprisonment, but buyers won’t shy from CCA, whose returns have been more than double the S&P 500’s over the past decade.

Columbia could hang on as a prominent shareholder and demand curbs to mass incarceration. America has 5 percent of the world’s population but 25 percent of its inmates. And its recidivism rate is high, with 40 percent of ex-cons returning within three years after release. But it’s hard to imagine companies with incentives to put even more people behind bars would listen to an activist’s pleas.

The profit motive is powerful. Private prison contracts typically require governments to keep institutions at least 80 percent full or pay a penalty, according to a 2013 study by research and advocacy group In the Public Interest. CCA says it does not lobby for stiffer laws or sentences, but its 2014 annual report mentions “relaxation of enforcement efforts, leniency in conviction or parole standards and sentencing” as risk factors.

Investors may have alternatives. In 2012, Goldman Sachs committed to buying as much as $9.4 million in social impact bonds to fund a program for reducing the recidivism rate of inmates at New York’s Rikers Island prison. The bank would make up to $2.1 million if the rate dropped below 10 percent – and lose up to $2.4 million if it rose.

The program will end next month without any rate reductions, costing Goldman $1.2 million. The bank, though, calls the program a successful learning experience that produced invaluable data, and says three similar investments are in the works, including one in Massachusetts akin to the Rikers program. Bank of America and others have also bought social impact bonds.

It’s too soon to tell whether any will pay off, and investors like Columbia’s endowment probably need more certainty. That could come with experience in what does or doesn’t work. The payouts may still be modest, but this is one investment that’s about more than the money.

Goldman Sachs on July 2 announced that it will lose $1.2 million on its $7.2 million investment in a program designed to keep ex-convicts from returning to prison.

The bank committed in 2012 to buy up to $9.6 million in social impact bonds that funded a four-year program designed to reduce the recidivism rate for inmates released from New York’s Rikers Island prison. The bonds would be paid off in full if the rate were cut 10 percent and would return an additional $2.1 million if the rate dropped more than that. The bank would lose as much as $2.4 million if recidivism were reduced less than 10 percent. The program failed to cut the rate and is scheduled to end on August 31.

On June 22, Columbia University’s board of trustees voted to divest from companies that run private prisons and to forgo such investments in the future, becoming the first U.S. college to do so.

The Ivy League institution with an approximately $9.2 billion endowment will sell its shares in Corrections Corp of America, the nation’s largest private prison company, and British-based G4S, the world’s biggest security services firm. The sale was prompted in part by Columbia Prison Divest, a student group that began campaigning for the move in 2014.