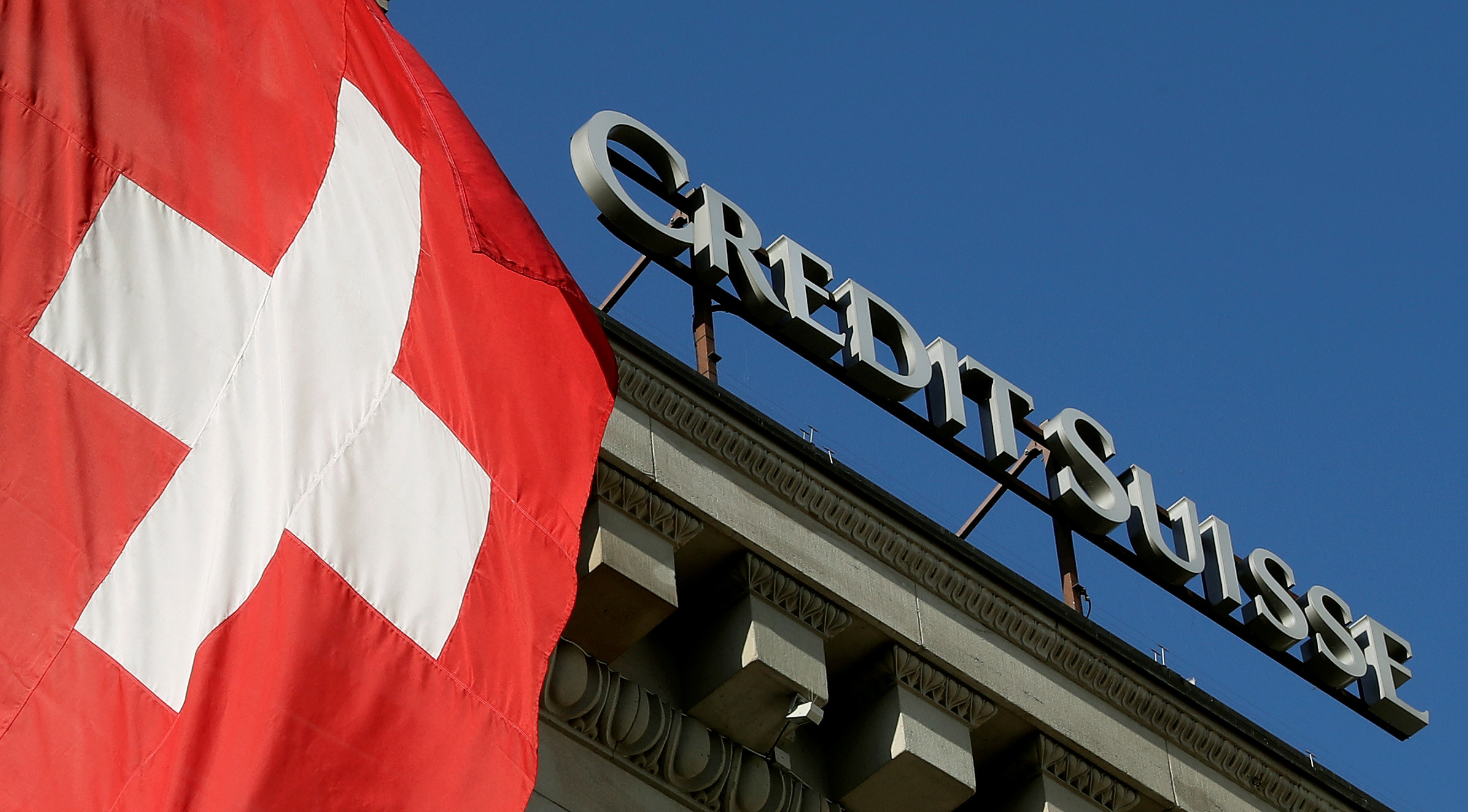 Switzerland's national flag flies next to the logo of Swiss bank Credit Suisse at a branch office in Luzern, Switzerland October 19, 2017.

Credit Suisse on April 23 reported a 75% rise in first-quarter net profit to 1.3 billion Swiss francs, better than an analyst consensus provided by the Swiss bank of 997 million francs.

The global market rout triggered by Covid-19 led to a significant increase in margin calls on loans extended to wealthy clients, wealth managers have told Breakingviews.

Margin calls are demands to put up more collateral against a loan, which is usually secured by a basket of securities.

UBS Chief Financial Officer Kirt Gardner told a Morgan Stanley conference on March 18 the bank had seen a spike in margin calls but limited losses on loans. The loan-to-value ratio for so-called Lombard loans was 50% going into the coronavirus crisis, Gardner added.

Credit Suisse told the Morgan Stanley conference the average loan-value-ratio was about 46% on March 16.

UBS’s Global Wealth Management division had extended $179 billion of gross loans by the end of 2019. The bank expects to grow that volume by $20 billion annually until 2022.

Julius Baer reported Lombard loans worth 39.5 billion francs at the end of 2019, out of 48.4 billion francs extended by the Swiss private bank, a 10% yearly increase.

SoftBank Group founder and Chief Executive Masayoshi Son pledged as much as 60% of his shares in the $62 billion tech-to-telecoms conglomerate as collateral against billions of dollars of personal loans from at least 18 banks including Credit Suisse and Nomura, the Financial Times reported on April 9.