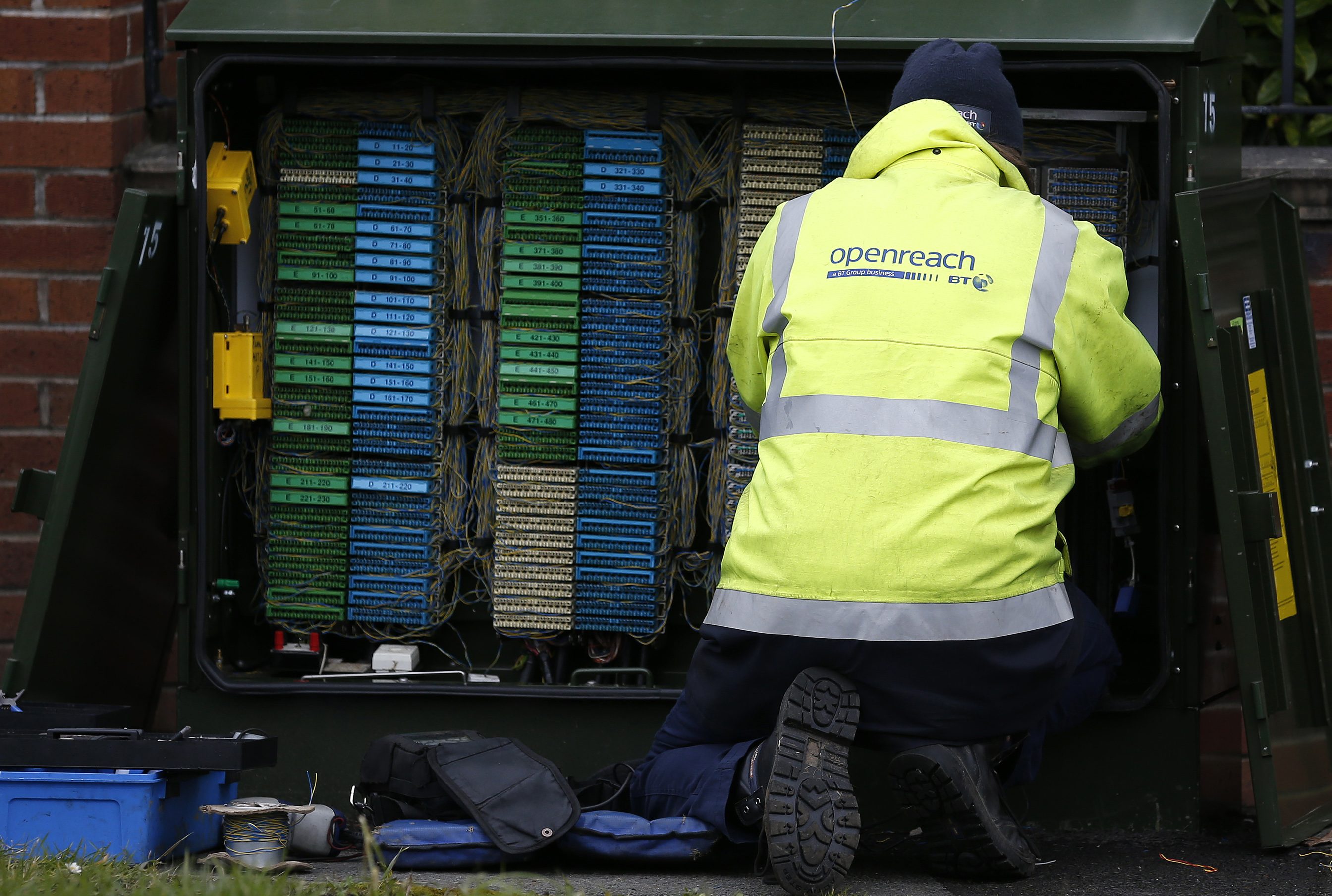 Buyout groups and infrastructure investors, including a Goldman Sachs fund, are rushing to build superfast broadband networks. Customers’ loyalty promises healthy, stable returns. But the numbers get tricky if bigger operators like BT compete or demand for data disappoints.

A BT Openreach engineer works on a telecommunications cabinet near Manchester, Britain March 3, 2016.

CityFibre, a British broadband operator backed by Goldman Sachs, said on Oct. 23 it would spend 2.5 billion pounds ($3.25 billion) on rolling out fibre networks in 37 towns and cities. It hopes to offer connections to as many as 5 million homes.

The company, which was bought by Goldman Sachs West Street Infrastructure Partners and private equity firm Antin for $750 million earlier this year, is taking on national provider BT Group.

CityFibre said its networks, which offer gigabit speeds, would help deliver one third of the government's 2025 target of connecting 15 million homes. The company has previously said the cost of reaching each home will be between 350 pounds and 480 pounds.