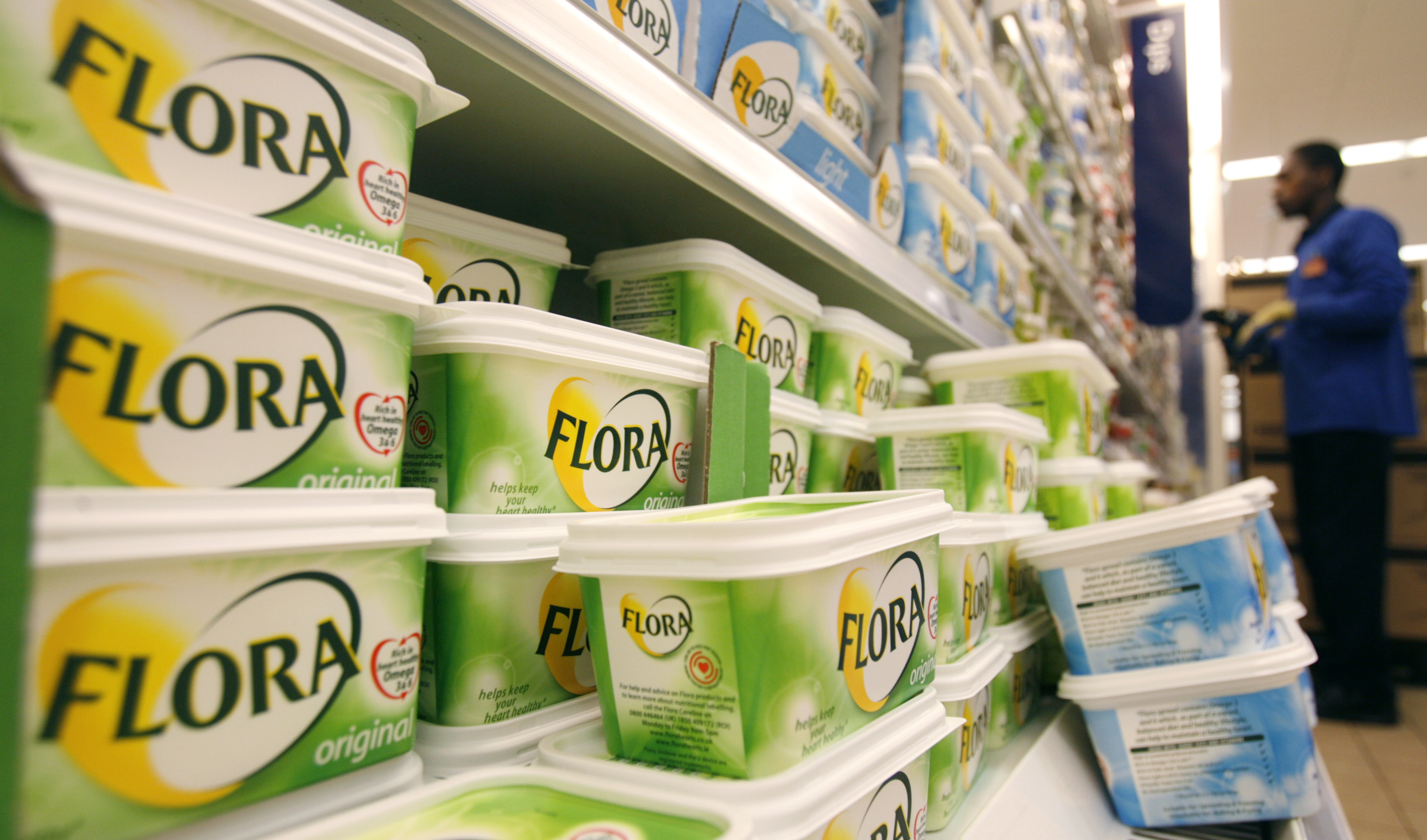 Buyout firms may pay up to 7 billion euros for Unilever’s spreads unit. The new owners will need to stem falling sales as shoppers shun artificial produce. Acquiring other brands from food companies under pressure from uppity shareholders could be one way of boosting returns.

A worker scans barcodes by a chiller cabinet of Flora margarine at a Sainsbury's supermarket in London February 6, 2008. Flora is a brand owned by consumer products company Unilever. REUTERS/Luke MacGregor

Anglo-Dutch consumer group Unilever has invited bidders to submit offers for its spreads business by a deadline of Oct. 19, Reuters reported on Oct. 5.

The unit could fetch up to 6 billion pounds (6.7 billion euros), Reuters reported.

Unilever announced plans to sell the division on April 6 following a business review.

Firms including Blackstone, Bain Capital and KKR are bidding for the group in three separate consortia, Reuters reported.