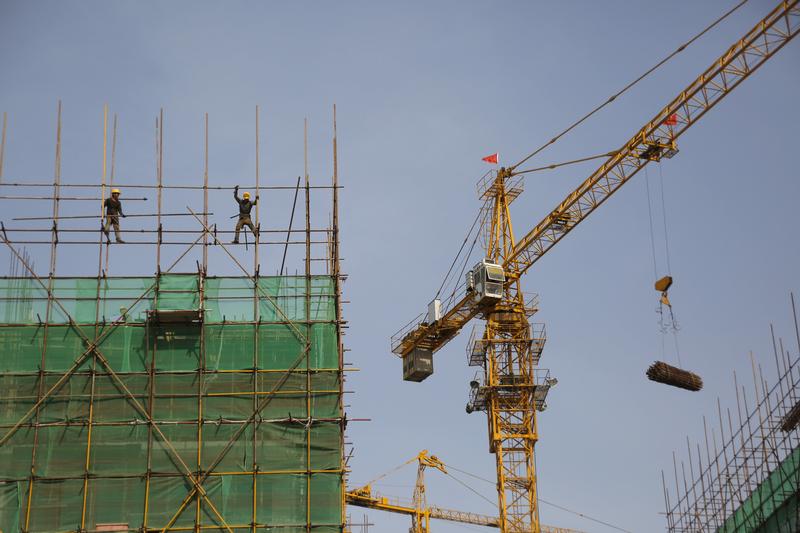 First-quarter growth beat expectations at 6.9 pct. But investment and consumption were unhealthily focused on property and infrastructure. Wariness among retailers and service providers illustrates the difficulties China still faces in rebalancing its economy.

Labourers work on the scaffolding of a construction site at an industrial zone in Beijing, China, April 14, 2016. REUTERS/Kim Kyung-Hoon - RTX2A11S

China's economy grew faster than expected in the three months to March, at 6.9 percent year-on-year, the fastest in six quarters, data released on April 17 showed.

Property prices, a major driver of growth, accelerated in March on a monthly basis, despite efforts to cool speculation. Prices gained momentum in the resale market, which economists see as more indicative of actual demand, since it is not subject to the price caps widely applied to new projects.

Credit creation remained strong in March, but was focused on mortgage lending.

Outstanding bank loans grew at the slowest pace since July 2002 at 12.4 percent, while growth in M2, a broad measure of money supply, hit a more than 6-month low, reflecting the moderately tighter policy stance by the People's Bank of China.

China's total social financing (TSF), a broad measure of new credit and liquidity in the economy, rocketed to 2.1 trillion yuan ($308 billion), from 1.2 trillion yuan in February.