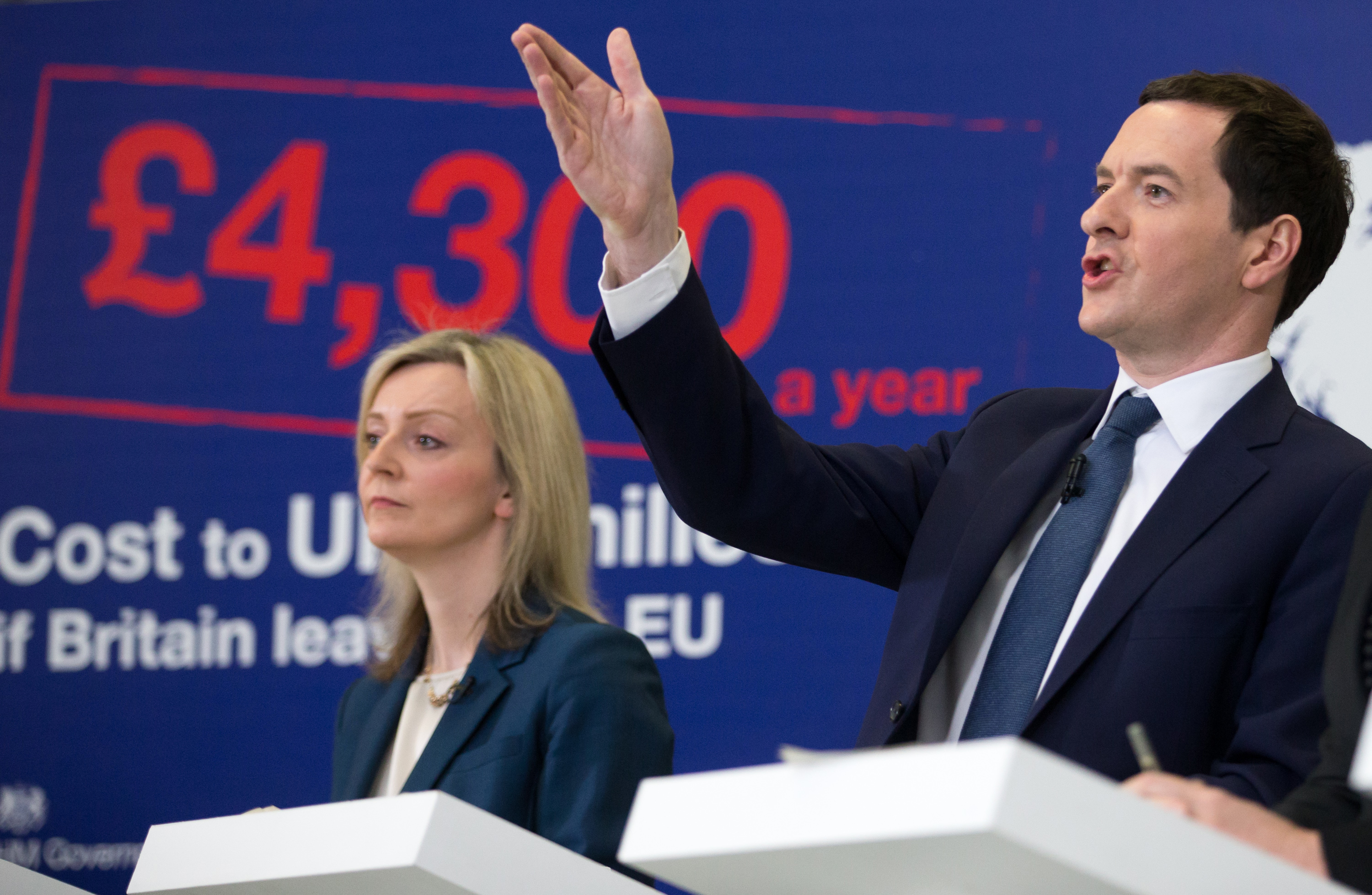 Leave campaigners aren’t responding in kind to a weighty government analysis predicting economic doom post-exit. True, Scotland’s pro-independence camp made itself look silly due to forecasts that relied on heroic assumptions. But saying nothing risks surrendering the argument.

Britain's Chancellor of the Exchequer George Osborne speaks alongside Secretary of State for Environment, Food and Rural Affairs, Elizabeth Truss at an event at the National Composites Centre at the Bristol and Bath Science Park, in Bristol, Britain, April 18, 2016.

British finance minister George Osborne said on April 18 that a vote to leave the European Union would do permanent damage to the country’s economy and could cost each household 4,300 pounds ($6,100) a year by 2030.

Campaigners for a British exit from the EU challenged the document. The Vote Leave campaign said it was hard to predict how the economy would perform so far in the future and that the hit to GDP was within the margin of error for such long-range forecasts. They also pointed out that the forecasts were based on an assumption that net migration would surpass government goals.

Reuters Breakingviews contacted the Vote Leave campaign group four times between April 18-19 to ask for links to any cost/benefit analysis based on economic models, either produced by the campaign or by an academic institution, to support the argument that Britain would be better off by leaving the EU. Vote Leave had not provided any comment on this issue at the time of publication.