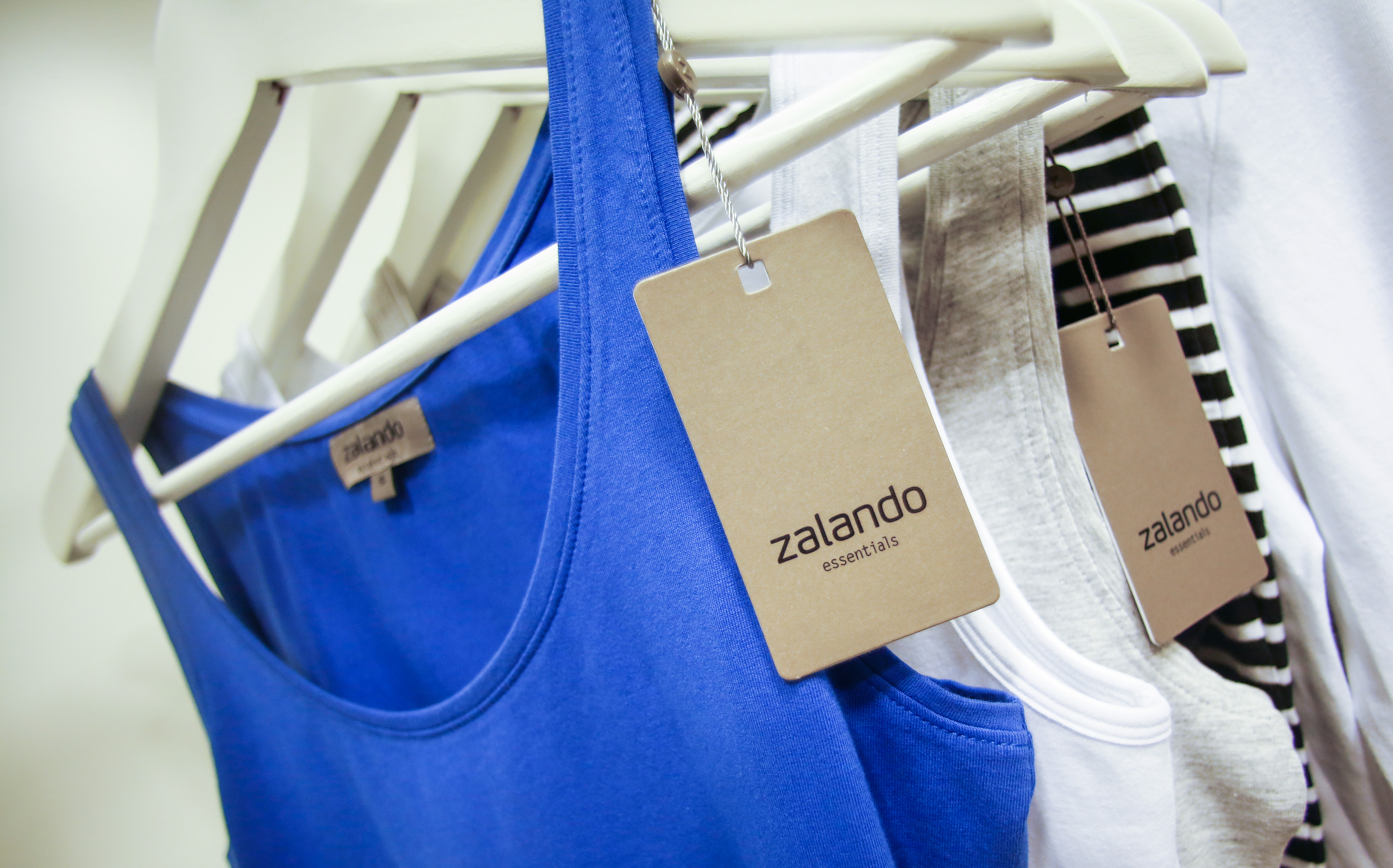 The German online fashion retailer has calmed worries about competition from Amazon by raising full-year operating profit margin guidance by around a quarter and forecasting strong revenue growth. While shares are up by a fifth in a day, valuations can grow richer still.

A Zalando label lies on an item of clothing in a showroom of the fashion retailer Zalando in Berlin October 14, 2014. REUTERS/Hannibal Hanschke (GERMANY - Tags: BUSINESS) - RTR4A3X7

The company said its preliminary second-quarter adjusted earnings before interest and taxation margin jumped to 7.5-9.5 percent from 2.5 percent in the first quarter, beating a Thomson Reuters Smart Estimate of 5.4 percent.

That prompted the company to raise its guidance for the full year to a margin of 4.0-5.5 percent from 3.0-4.5 percent. It reports full figures on Aug. 11.