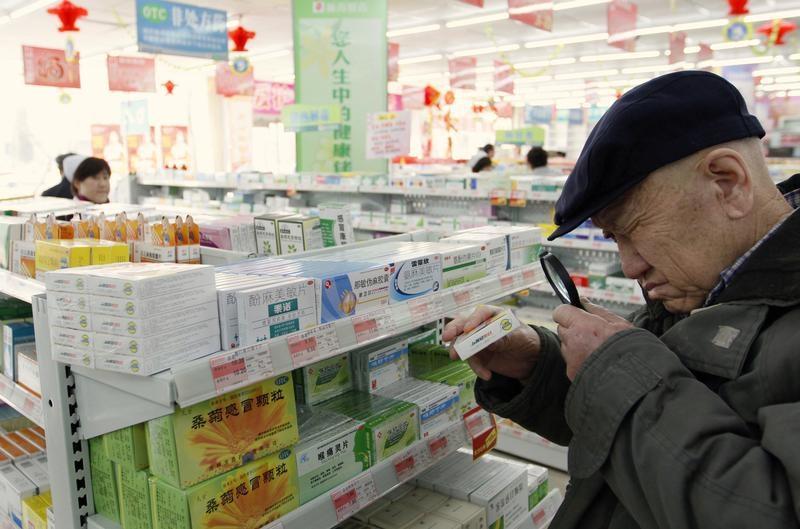 The prognosis for healthcare in China has never looked rosier. The sector offers investors an antidote to the slow growth that plagues much of China’s “old economy”. Drugmaker and pharmacist China Resources Pharmaceutical Group, which is preparing to float in Hong Kong, looks well placed to capitalise.

Big shifts in society are creating new sources of demand. China is aging, so medical needs are increasing, and consumers are also getting richer. That not only means more spending per head on healthcare, but also more Western-style chronic diseases such as diabetes. CR Pharma expects the Chinese healthcare market to grow about 1.5 times as fast as the overall economy, or around 9 percent per annum, to reach 6.2 trillion yuan ($0.9 trillion) by 2020.

CR Pharma is aiming to raise between $1 billion and $2 billion, a person close to the deal says. By sales it was the country’s second-biggest pharmaceutical manufacturer last year, and the second-largest drug distributor. Net profit was HK $6 billion, on revenues of HK$147 billion.

That scale should stand it in good stead. The market is highly fragmented, with more than 5,000 drugmakers, 13,000 distributors, and many retail pharmacies. All three subsectors are likely to consolidate. That should benefit CR Pharma and other big players, who should be able to buy smaller, less efficient outfits, wringing out costs and increasing their pricing power. The government aims to weed out small and poorly run operations, shutting down many which produce substandard products.

The government is also trying to move treatment away from hospitals, where many Chinese go for the treatment of minor ailments, to care by family doctors and local clinics. That should be good for pharmacies.

To be sure, there are risks. The sector has been long dogged by corruption and safety scandals. China banned drug wholesalers from selling vaccines in April after a scandal in which improperly stored vaccines were sold illegally in dozens of provinces. British pharmaceutical giant GlaxoSmithKline was landed with a record $490 million fine for bribery in 2014. Poor pay for doctors in state hospitals and cosy relationships between drug distributors and local officials have fuelled the problem, industry participants reckon.

That said, a string of other healthcare companies from the mainland have filed applications to list in Hong Kong in recent months. Scandals aside, there is a good story to tell, and fresh capital will help firms grow through deal-making. So this market is set to get even healthier.

An elderly man uses a magnifier to see the descriptions on a pack of medicine at a pharmacy in Dandong, Liaoning province March 30, 2011. China slashed the maximum retail price for more than 1,200 types of antibiotics and circulatory system drugs on Monday in a move likely to crimp the profits of foreign and local drug makers. REUTERS/Jacky Chen (CHINA - Tags: HEALTH) - RTR2KLGK

China Resources Pharmaceutical Group, a unit of state-owned conglomerate China Resources Holdings, filed an application for an initial public offering on June 27. The company plans a Hong Kong IPO of $1-2 billion and could list in late August or early September, a source close to the deal told Breakingviews.

By revenue, CR Pharma was the second-largest pharmaceutical manufacturer and distributor in China in 2015. CR Pharma also operates the ninth-largest retail pharmacy network in the country, the company said in the filing.