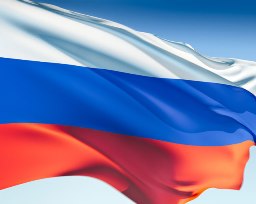 Three months after launching his political career, Russian tycoon Mikhail Prokhorov has been forced out as the leader of a pro-business party. Even the tame oligarch was too independent for the Kremlin, belying hopes that President Medvedev can or will hasten political reform.

Russian metals and banking tycoon Mikhail Prokhorov has quit the pro-business party Right Cause, after delegates at a party congress voted for his removal as leader. Prokhorov said that the results were fabricated, and accused two senior Kremlin officials, Vladislav Surkov and Rady Khabirov, of orchestrating a “hostile takeover”. Despite quitting the party, Prokhorov said that he did not intend to quit politics.

In June, Right Cause delegates overwhelmingly voted for Prokhorov as party leader, in advance of parliamentary elections in December. He has since mounted a high-profile campaign, including widespread advertising and media coverage, in which he has called for democratic and pro-business reforms. Many Russian analysts nevertheless have argued that Prokhorov’s political campaign was supported by the Kremlin, as part of a policy of creating loyal parties representing different ideological views.