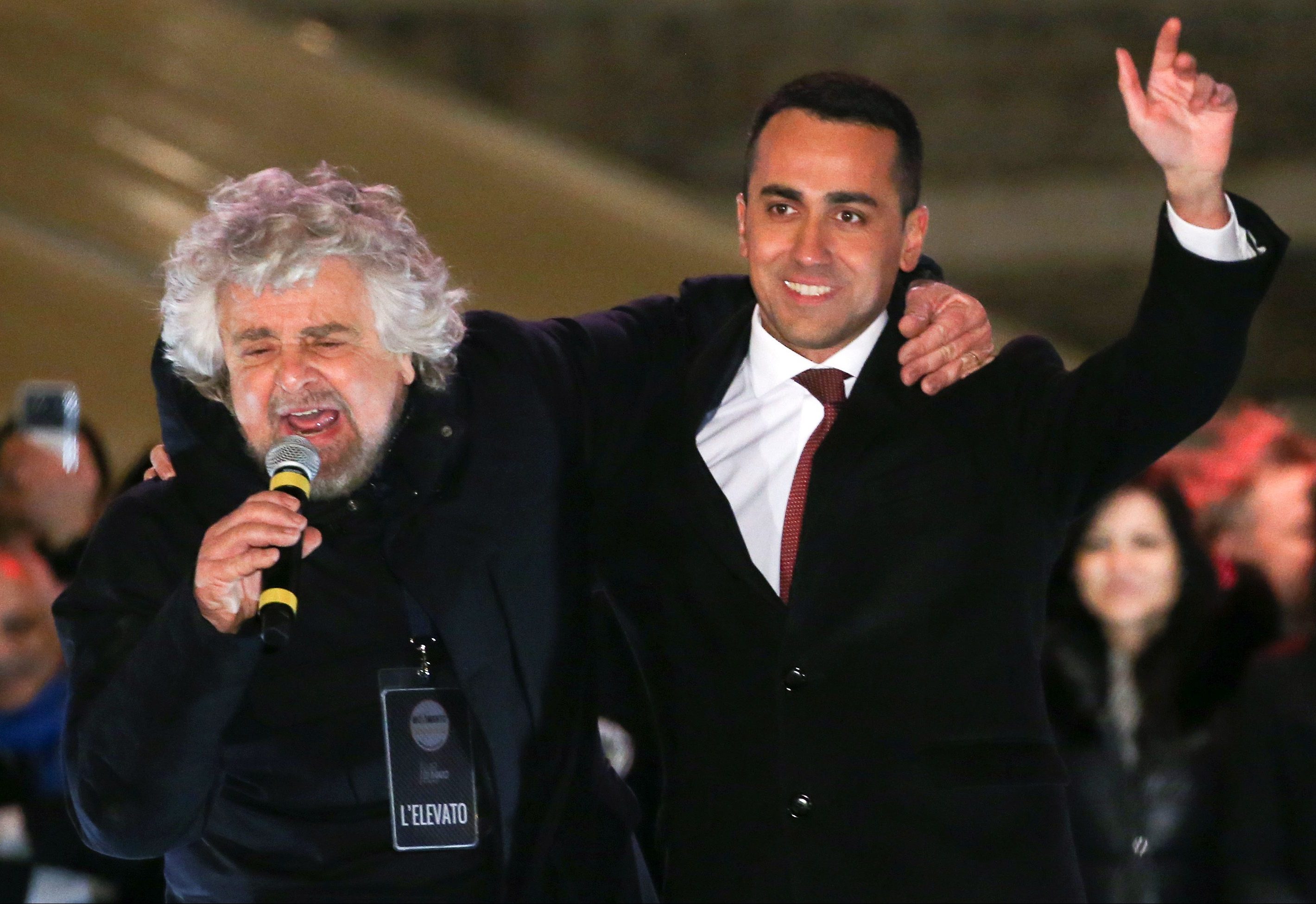 The anti-establishment 5-Star Movement is set to win a third of votes in a poll that delivered a hung parliament. The radical League also surged. Together, they may have the seats to govern. But whatever coalition emerges, voters have clearly rejected traditional, pro-EU parties.

A general election in Italy on March 4 delivered a hung parliament, with voters flocking to anti-establishment and far-right parties in record numbers.

The 5-Star Movement emerged as the biggest party with around 32 percent of votes against nearly 26 percent in the previous election in 2013, Interior Ministry data based on a partial counting of the votes showed at 0900 GMT.

The governing Democratic Party of Prime Minister Paolo Gentiloni attracted less than 20 percent. The party has suffered from the defection of several members to the small Free and Equal party, which gained around 3 percent.

Due to a new electoral law that mixes proportional and majority voting, it will take time to establish how the votes translate into seats in the Chamber of Deputies and the smaller Senate.

Just below 73 percent of the population turned out to vote, down from 75 percent in 2013.