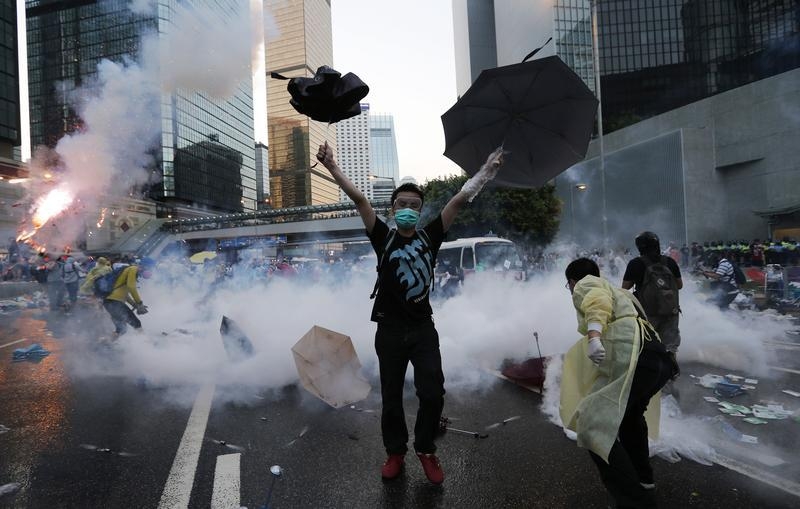 Hong Kong’s pro-democracy protests were a positive failure. The 75-day occupation which ended on Dec. 11 failed to achieve the hoped-for democratic reforms. But the student-led movement succeeded in awakening a generation to the possibilities of direct political action. The net result: Hong Kong’s long-term future has become a lot harder to predict.

On the face of it, the campaign to make leadership elections in the former British colony more democratic is no further along than it was when the “Umbrella Movement” got going at the end of September. China may make some minor concessions to its plan of allowing citizens to choose between two or three carefully vetted candidates. But even then Hong Kong will remain a long way from the type of democracy the protesters demanded.

Yet the impact of the activists will last much longer than the city-centre campsites they created. The movement polarised Hong Kong’s politics, squeezing moderate voices. It also exposed deep unhappiness with rising economic inequality and high property prices. Devising policies to address that dissatisfaction will determine whether Hong Kong’s discredited government is able to regain some legitimacy.

Besides, the protestors are full of confidence. Until recently, it was unthinkable that they would take to the streets in sufficient numbers to block a major Hong Kong thoroughfare – or that they would be allowed to stay there for more than two months. Now the main question is what they will occupy next. Their parting slogan was “We’ll be back”.

China’s reaction will be crucial. The People’s Republic took a mostly hands-off approach to the protests, defying predictions that it would not tolerate prolonged public dissent on Chinese soil. In the longer term, however, the ruling Communist Party may conclude that its grip on Hong Kong needs to be tighter, not looser.

Hong Kong remains overwhelmingly orderly and law-abiding. Even the arrest of more than 200 protesters on Dec. 11 by police was calm and polite. Yet businesses and investors will view the prospect of ongoing disruption and increased meddling by China with growing unease. The protests have planted the seeds of greater political awareness. They have also made Hong Kong’s future more uncertain.

A protester (C) raises his umbrellas in front of tear gas which was fired by riot police to disperse protesters blocking the main street to the financial Central district outside the government headquarters in Hong Kong, September 28, 2014. REUTERS/Tyrone Siu

Hong Kong police arrested pro-democracy activists and cleared most of the main protest site on Dec. 11, marking an end to more than two months of street demonstrations in the Chinese-controlled city.

Most activists chose to leave the Admiralty site, next to the Central business area, peacefully, despite their demands for a free vote not being met.

Hong Kong Federation of Students leader Alex Chow said: “You might have the clearance today but people will come back on to the streets another day.”