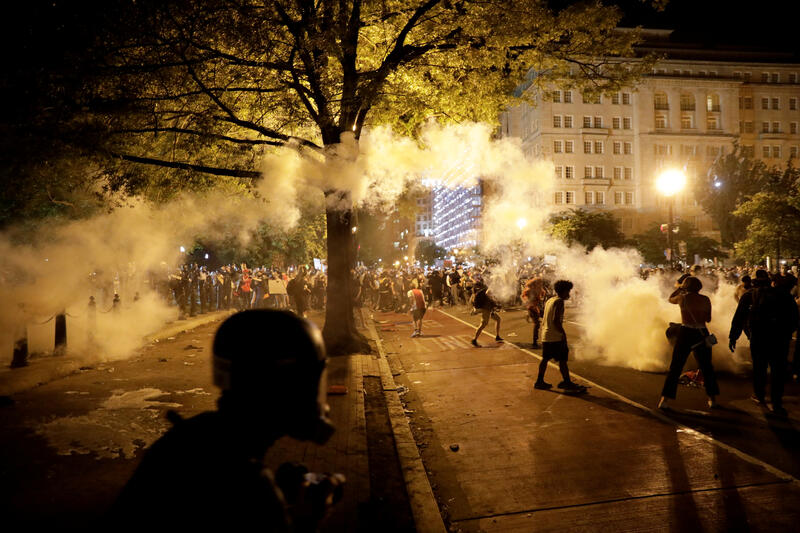 Unrest over police brutality has spread across America, even as President Trump ditches treaties and condemns China’s crackdown in Hong Kong. Such isolationism and hypocrisy dismays allies. It will be difficult to reclaim the moral high ground, and losing it comes at a high cost.

Security forces fire tear gas to demonstrators during a protest against the death in Minneapolis police custody of George Floyd, in Washington, U.S., May 30, 2020.

Civil unrest has broken out in dozens of U.S. cities, following the alleged May 25 killing of George Floyd, an African American man, by a white Minneapolis police officer, who has been fired and charged with third-degree murder and second-degree manslaughter.

Floyd’s death, after the officer pressed his knee into Floyd’s neck for nearly nine minutes while he was handcuffed and face down in the street, was captured on video by an onlooker. He had been arrested on suspicion of using a counterfeit $20 bill.

CNN correspondent Omar Jimenez and his crew were arrested on live television on May 29 while covering a protest following Floyd’s death.

Organisations that track press violence documented about two dozen acts of violence against reporters covering the protests, including an incident during which Reuters journalist Julio-Cesar Chavez and Reuters security adviser Rodney Seward were injured by rubber bullets.