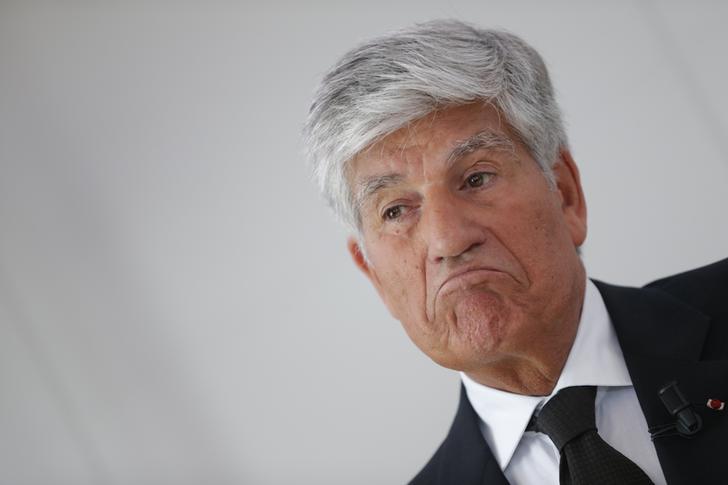 Investors don’t have time for underperforming media companies. That seems to be the lesson from third-quarter updates from publisher Pearson and French ad giant Publicis. Shares in the latter plummeted more than 9 percent after the company reported a weak third quarter and a cut to full-year organic growth guidance to 1 percent from 2.5 percent. The sector is already a source of anxiety given the slowdown in global growth, but Publicis’ problem is that rivals are doing better.

Publicis’ organic sales grew 0.7 percent in the third quarter, year-on-year, a third below expectations. In September, usually a good month, growth was zero. Publicis says it has won more accounts than it has lost, as an unprecedented amount of big companies have announced account reviews. Rather, its clients are scrutinising spending. It blamed clients cancelling or postponing ad campaigns primarily in the United States – a market that is generally doing well.

Not all are in the same predicament. Rivals Omnicom and Interpublic Group grew organic sales by 6.1 percent and 7.1 percent respectively in the third quarter. That implies Publicis is losing market share. It started 2015 with a weaker pipeline after the distraction of its failed merger with Omnicom last year. Its employees also were busy defending large media buying contracts put on review.

But some of it seems bad luck. Publicis blamed an “unfavourable” mix of clients in a call with analysts. Chief Executive Maurice Levy is confident Publicis can win back market share in future. After integrating Sapient, it boasts stronger digital advertising capabilities than its rivals. But this competitive advantage has yet to deliver superior growth.

The cut in guidance is unlikely to have much impact on earnings this year, and market consensus on earnings next year might shrink 1 to 2 percent, according to estimates by analysts at Citi. On that basis, the share price slump looks overdone. But Levy is understandably cautious on the fourth quarter and next year. Being the poster child for a jittery media industry is no fun.

Publicis said organic growth in the quarter was hurt by weakness in the United States, with clients cancelling or postponing campaigns in September.

Organic revenue growth for the quarter was 0.7 percent, year-on-year, against consensus expectations of 2.1 percent.

Publicis said organic growth in the quarter was hurt by weakness in the United States, with clients cancelling or postponing campaigns in September.

Organic revenue growth for the quarter was 0.7 percent, year-on-year, against consensus expectations of 2.1 percent.