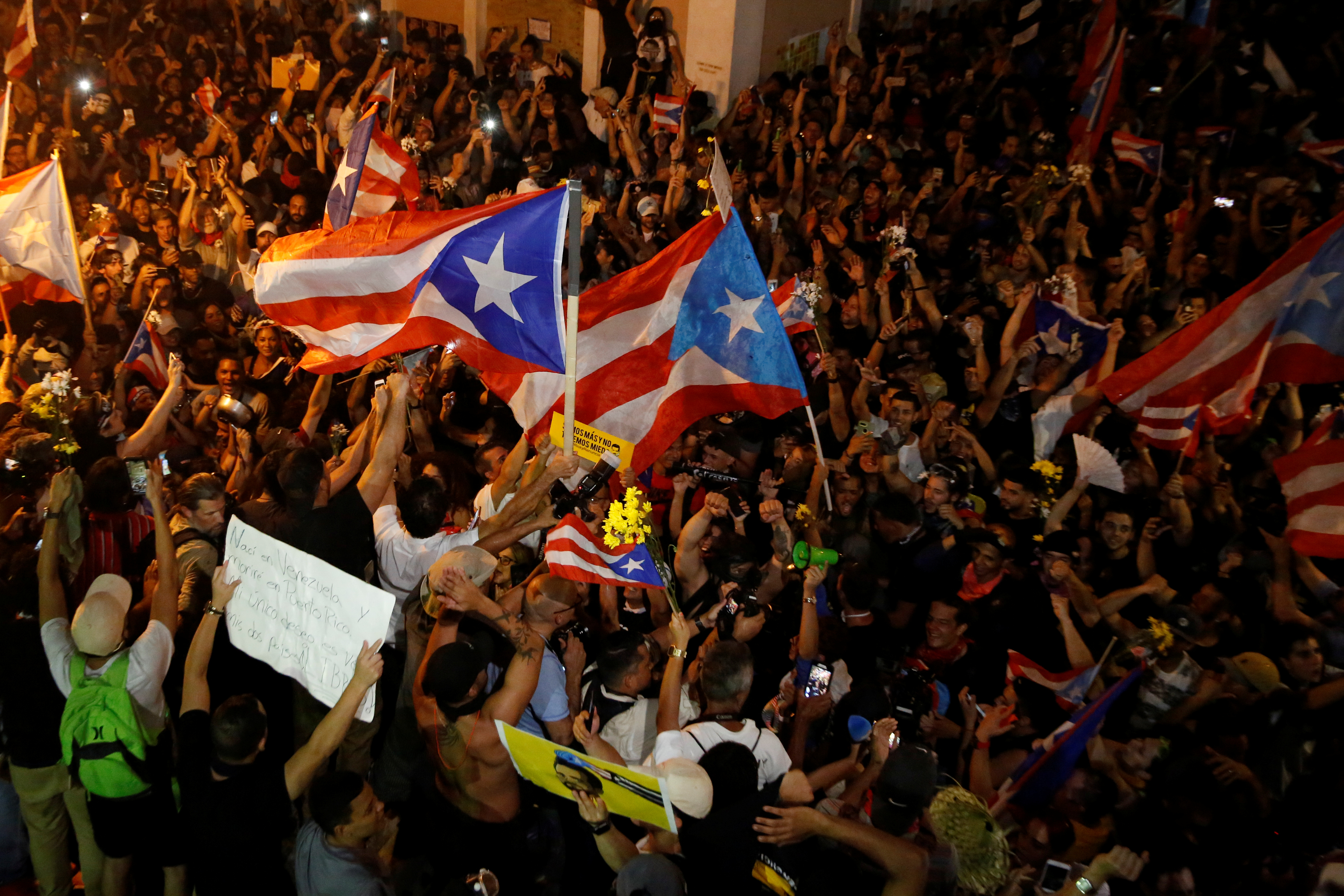 Puerto Rico Governor Ricardo Rossello said on July 24 that he would resign after mass protests in the U.S. territory over vulgar text messages between him and 11 of close allies as well as corruption allegations. He announced his decision hours after the president of Puerto Rico’s House of Representatives said impeachment proceedings had begun over possible illegal activity in the text messages.

Justice Secretary Wanda Vazquez Garced is in line to succeed Rossello when he steps down on Aug. 2.

Secretary of State Luis Rivera Marin and Christian Sobrino, chief financial officer and the governor’s representative on the federal board overseeing the territory’s finances, resigned on July 13 for being part of chat messages that included derogatory, misogynistic and homophobic messages.

Six people, including the former Education Secretary Julia Keleher and Angela Avila-Marrero, the former executive director of the territory’s health insurance administrative agency, were arrested on July 10. They face charges of stealing millions of dollars in federal funds meant for education and Medicaid programs.

U.S. District Judge Laura Taylor Swain imposed a stay on the bankruptcy proceedings on June 24 that will last through Nov. 30.