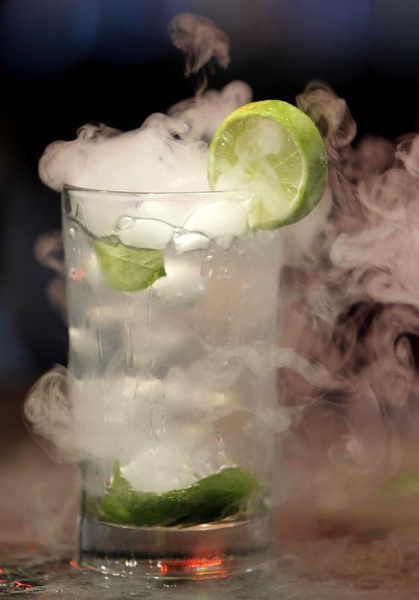 Puerto Rico is serving up a bitter sovereign-muni cocktail. The U.S. territory’s governor says it can’t repay $72 billion of debt. An independent government borrower could try to devalue its way out of the mess. But Puerto Rico doesn’t have that option. A Detroit-style bankruptcy, meanwhile, would require changes in U.S. law. It’s the worst of both worlds.

Governor Alejandro Garcia Padilla’s admission that the Caribbean island’s public debt is unsustainable confirms what financial markets have grasped for some time. Standard & Poor’s cut the island’s general obligation bonds to junk in February last year. Investors early on Monday valued them at just over 70 cents on the dollar.

Like many U.S. municipal borrowers, Puerto Rico racked up debt during the boom years of the 2000s. It continued to borrow to finance budget deficits after its economy started shrinking in 2006, when the Internal Revenue Service phased out tax breaks for U.S. manufacturers in Puerto Rico and the local housing market soured.

The U.S. recession, population losses to the mainland and structural impediments to competitiveness – including high energy costs and an inefficient labor market – compounded the pain. In Puerto Rico, only 40 percent of the adult population is employed or looking for work, against 63 percent in the rest of the United States. A paper published by three former IMF economists on Monday details a vicious cycle in which efforts to plug fiscal holes risk shrinking the economy further and even strong long-term growth won’t be enough to right the ship.

Like Greece within the euro zone, Puerto Rico lacks the option of printing more of its own currency. So it can’t create inflation that might erode the real value of its dollar-denominated debt load. And unlike Detroit, which was able to file under Chapter 9 of the U.S. bankruptcy code, there’s no court process under which Puerto Rico can restructure its debts – unless Congress changes the law.

With these straightforward, if still painful, solutions closed off it may take a muddle of austerity, higher taxes, debt writedowns and perhaps guarantees from Washington to help fix the mess. Puerto Rico’s total public sector debt adds up to 104 percent of GDP and it’s multiples of the roughly $20 billion involved in Detroit’s restructuring, for example. That could make for a long and uncomfortable Caribbean hangover.

A molecular Mojito is displayed at a bartender school in Lima July 14, 2010. A Peruvian bartender school is using the principles of molecular mixology, the practical application of science and physics, to create new flavours, textures and special ways of serving cocktails. REUTERS/Pilar Olivares

The New York Times on June 28 quoted Puerto Rico Governor Alejandro Garcia Padilla as saying that the U.S. territory cannot pay its roughly $72 billion of debts and that creditors will probably have to make significant concessions.

The island is facing a crucial week with several bond payments, including a July 1 deadline to make a $655 million payment on its general obligation debt. Meanwhile the commonwealth’s struggling utility, known as PREPA, is in talks to avoid a possible default.

A report on Puerto Rico’s financial problems by former International Monetary Fund economists, published by the territory’s Government Development Bank on June 29, suggested the U.S. territory reform its labor markets and other areas to improve competitiveness and potentially restructure its debts.

Padilla responded to the report saying “difficult decisions” would have to be made. Padilla is expected to make a televised address at 5 p.m. EDT on June 29.