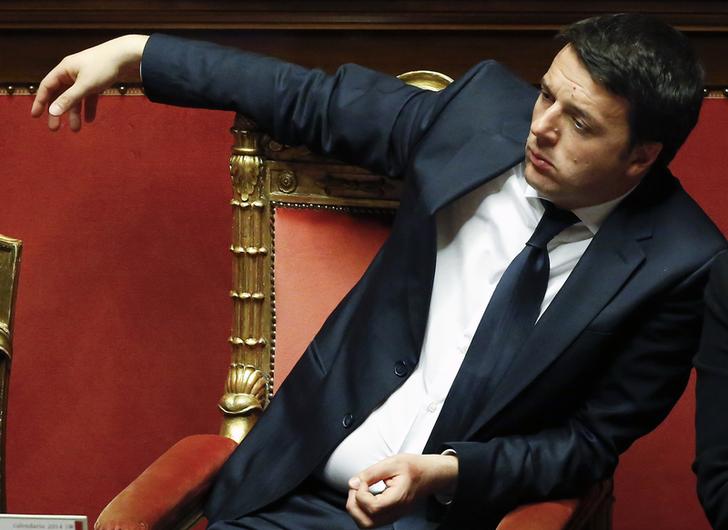 The minus sign in front of Italy’s latest GDP number was a reminder that Europe’s fourth-biggest economy remains stuck in a perma-recession. GDP has hardly increased in the last 15 years, and the 0.2 percent decline in the second quarter was the 11th fall in the last 12 periods. Matteo Renzi, the new prime minister, has offered only political changes. For the economy, much more is needed.

Renzi’s political focus since seizing power in February does make economic sense. The inefficient political system is a major drag for businesses. A reformed senate and electoral law could eventually help.

For now, though, the prime minister’s modest economic reforms have been ineffective. Hopes that small income tax cuts would trigger a “growth shock” have proved in vain – because Italians feared the government couldn’t afford it. Instead, Renzi faces a non-growth fiscal challenge. He may have to cut further to keep the deficit within the euro zone-mandated limit of 3 percent of GDP. Having delayed structural reforms, Renzi may not get much fiscal leeway from Brussels.

The country cannot return to the European economic mainstream without more fundamental shifts. The required changes have been discussed for so long that they are now depressingly familiar. Get real on public spending, cut government waste including pensions, sharply lower taxes on labour, start another round of labour reform and introduce better programmes to get the unemployed back to work. In the longer term, rework both the legal and education systems.

Nothing much happens because too many of the supporters of both the government and the opposition are hostile to fundamental changes. Some of Renzi’s ministers are even moving in the wrong direction, trying to bring forward retirement for teachers and to row back on Italy’s last serious economic reform, the pension changes in 2011.

Tactically, the weak economy and a delay in the new electoral law has reduced the credibility of Renzi’s threat of early elections, up to now his best lever for cajoling parliamentarians to agree on reforms. Fundamentally, the problem is not that Renzi’s strategy or ideas are wrong. It is that Italy does not seem ready to change.

Italian GDP fell 0.2 percent in the second quarter. The consensus expectation was a 0.1 percent increase.

Italy's Prime Minister Matteo Renzi looks on during a confidence vote at the Senate in Rome February 24, 2014.

Italian GDP fell 0.2 percent in the second quarter. The consensus expectation was a 0.1 percent increase.