Putin his house in order 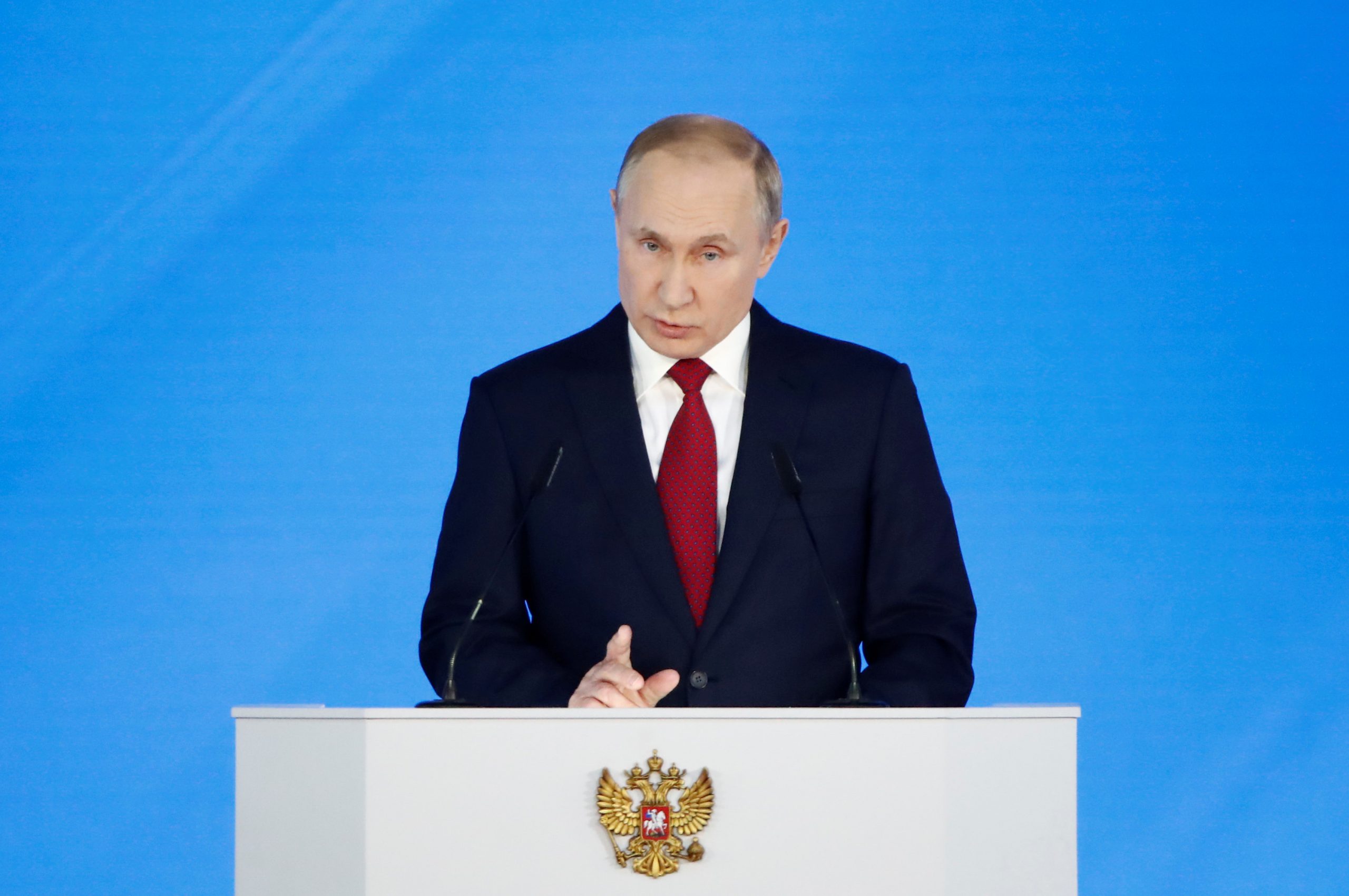 The Russian government has resigned, amid plans to change the constitution. However it’s resolved, Vladimir Putin’s grip on the state he has ruled for two decades will endure. But given the manner of the extension still matters, he has chosen a relatively calm time to act.

Russian President Vladimir Putin delivers his annual state of the nation address to the Federal Assembly in Moscow, Russia January 15, 2020.

Russia’s Prime Minister Dmitry Medvedev resigned on Jan. 15 to give President Vladimir Putin room to carry out the changes he wants to make to the constitution.

Earlier in the day in an annual state-of-the-nation speech broadcast on large television screens all over Russia, Putin told the country’s political elite that he favoured changing the constitution to hand the State Duma, the lower house of parliament, the power to choose the prime minister and other key positions. He said the changes would increase the role and significance of the country's parliament, parliamentary parties and the independence and responsibility of the prime minister.

Medvedev announced his resignation on state television sitting next to Putin who thanked Medvedev, a close ally, for his work. Putin said that Medvedev would take on a new job as deputy head of Russia's Security Council, which Putin chairs. Putin asked for the outgoing government to remain at work until a new government was appointed.