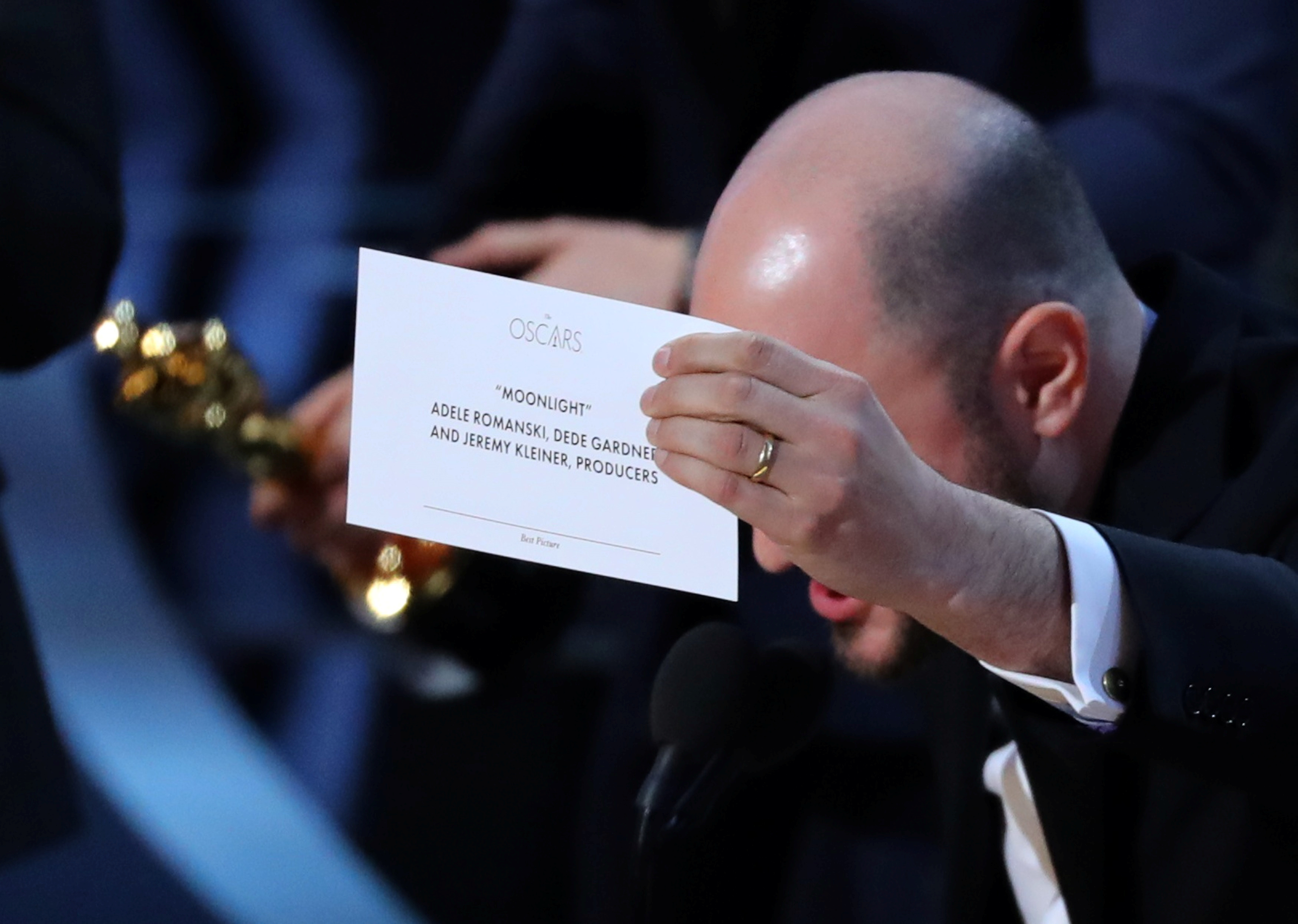 The accounting firm presided over an error that saw the wrong movie initially named as best picture before “Moonlight” took the prize. PwC’s audit work for numerous scandal-hit companies has shown how even established processes are no match for human sloppiness, buck passing and vacillation.

“Moonlight” took the best-picture award at the Academy Awards on Feb. 26 after a gaffe that saw another film, “La La Land”, initially named the winner.

Presenters Warren Beatty and Faye Dunaway had been given the wrong envelope to open.

Envelopes containing winners’ names are guarded by two representatives from accountancy firm
PricewaterhouseCoopers, who wait in the wings during the annual awards ceremony.

PwC, which has handled ballot counting for the Oscars for 83 years, apologized for mistakenly giving the wrong category envelope to the presenters.