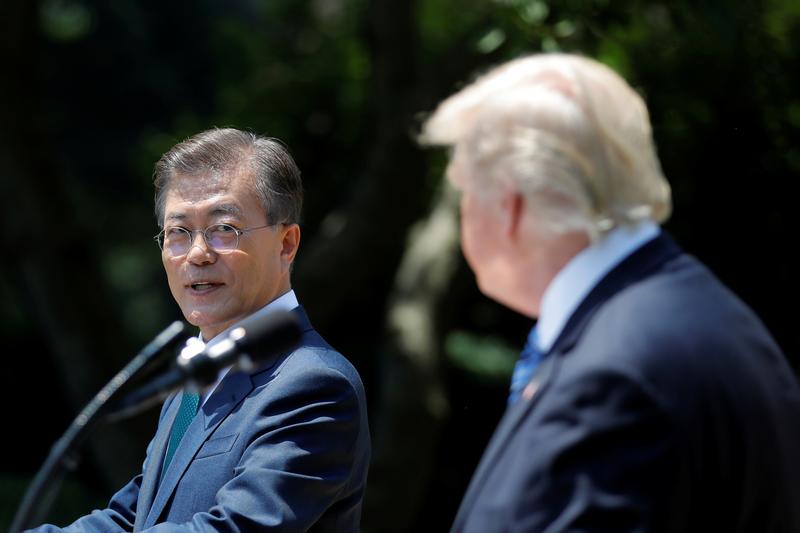 The U.S. president is unhappy with South Korea’s softer approach to hostile North Korea, putting pressure on other disputes. America is scrutinizing its ally over currency manipulation and trade barriers. With China squeezing the economy, compromise would be advisable.

North Korean leader Kim Jong Un has delayed a decision on firing missiles near the U.S. territory of Guam but could reconsider “if the Yankees persist in their extremely dangerous reckless actions on the Korean peninsula,” the state media KCNA reported on Aug. 15.

Separately in July, the United States notified South Korea that it wants to renegotiate the 2012 U.S.-Korea Free Trade Agreement. U.S. Trade Representative Robert Lighthizer called for a special joint meeting to be held on the matter in August.