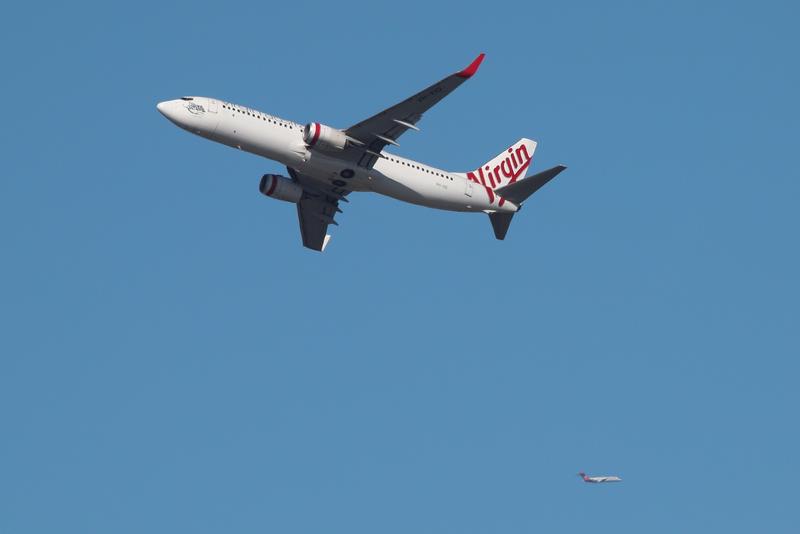 Bain Capital is ready for takeoff, but into extremely hazardous conditions. The U.S. buyout firm emerged victorious on Friday in the bidding for bankrupt Virgin Australia. As it did, larger rival Qantas Airways was out raising new money as part of a sweeping overhaul in a fresh sign of the brutal challenges ahead.

It’s a bold time for Bain to jump into the cockpit with one of the biggest bets on the airline industry since the pandemic struck. There’s haggling to do with creditors and other stakeholders before the investment sums will be known. Equity owners such as Etihad Airways and Singapore Airlines will be wiped out, administrators at Deloitte said. When Virgin Australia collapsed in April, it had nearly $5 billion of liabilities, including $1.4 billion of outstanding senior unsecured bonds.

That leaves plenty of tidying to do. A group of creditors that offered a debt for equity swap will be facing a deeper discount than their proposed 70 cents on the dollar. Some of the carrier’s unions backed a rival bid from hedge fund Cyrus Capital, meaning relations will have to be smoothed over even as steep job losses loom under new ownership. Bain’s Mike Murphy told The Australian Financial Review they would keep 5,000-6,000 of Virgin Australia’s 9,000 employees.

Despite experience with complex restructurings, running an airline is something new for Bain. It reckons it can fly Virgin Australia more affordably in the middle space between Qantas’ full-service flagship airline and its low-cost subsidiary Jetstar. Appealing to corporate travelers, even if only small businesses, may be an essential component of the plan’s success.

It could be a while before it gets to fully test the business model. Qantas boss Alan Joyce is bracing for revenue to be “much lower” for several years. His company just raised $940 million in a discounted share placement and is seeking as much as $350 million more. It’s part of a new strategy unveiled on Thursday that includes cutting at least 20% of the workforce to slash $10.3 billion of costs over three years. Bain may try to avoid competing directly, but Virgin Australia will be up against a historically aggressive duopoly rival that is well-funded and getting leaner. That makes the path ahead look even choppier.

Buyout firm Bain Capital said on June 26 it has agreed with the administrator of Virgin Australia to buy the airline for an undisclosed sum.

The offer was chosen over a competing one from hedge fund Cyrus Capital and a debt-for-equity swap proposed by a group of bondholders.

Existing Virgin Australia shareholders are expected to be wiped out, administrator Deloitte said, and that it is too soon to tell the amount that creditors will recover. A deal is expected to be completed before the end of August, following a meeting with creditors. Bain said it would work with all stakeholders, including employees, bondholders and regulators.