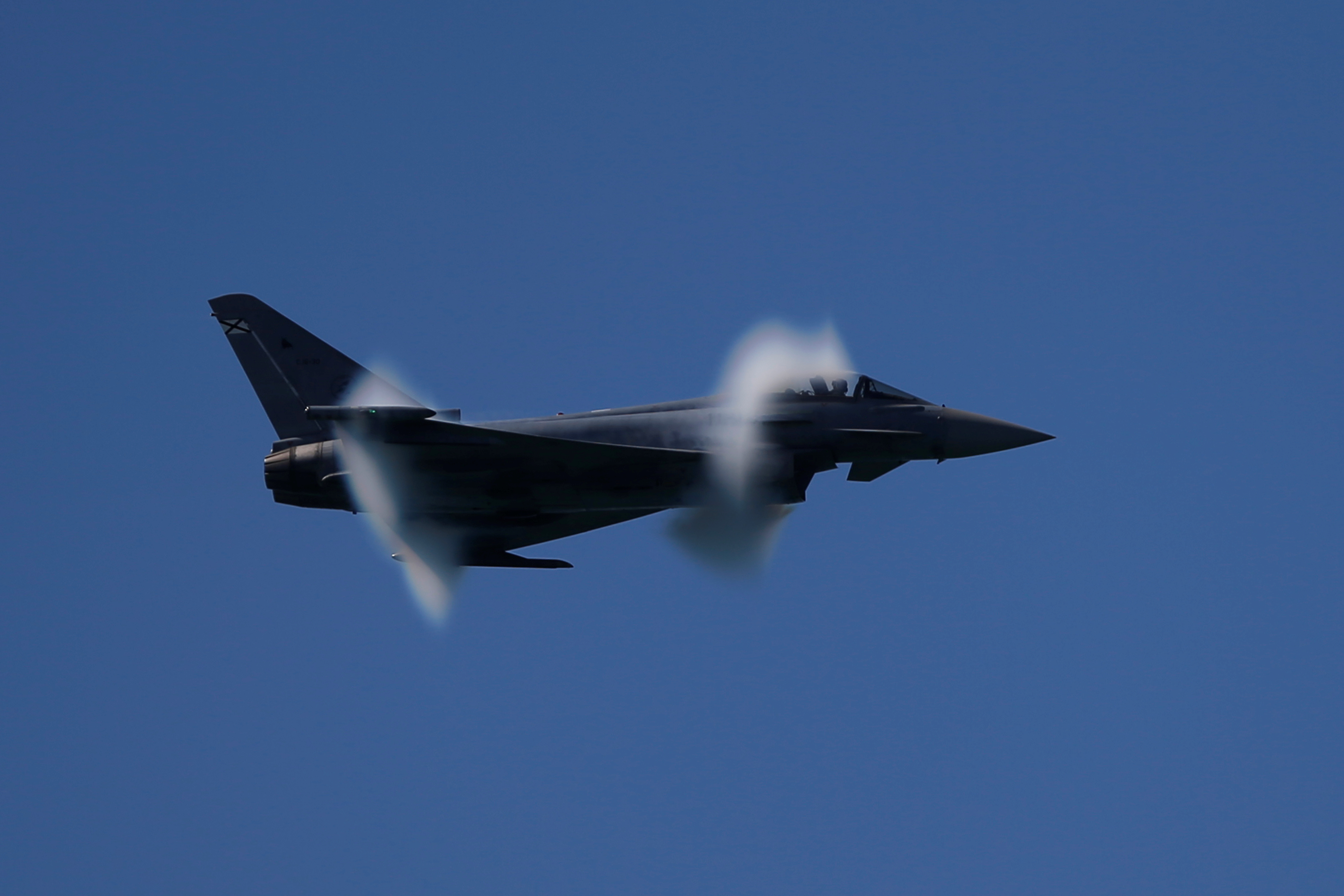 A deal to buy Typhoon fighter jets will secure thousands of UK manufacturing jobs. But building stronger defence ties with the sheikhdom is a risk when its squabble with Saudi Arabia is unresolved. That could backfire if the kingdom reacts by vetoing a London listing for Aramco.

A Eurofighter Typhoon EF2000 fighter jet from the Spanish Air Force makes a high speed pass during an international aerial and naval military exhibition commemorating the centennial of the Spanish Naval Aviation, over a beach near the naval airbase in Rota, southern Spain, September 16, 2017. REUTERS/Jon Nazca - RC1432A8EB30

Minister of State for Defence Affairs Khalid bin Mohammed Al Attiyah and his British counterpart Michael Fallon have signed a letter of intent for the sale, Qatar’s state news agency reported on Sept. 17, according to Reuters.

The agreement comes amid a dispute amongst the UK’s main Arab allies in the Gulf. Qatar has been economically isolated for months by its neighbors Saudi Arabia, Bahrain and the United Arab Emirates.