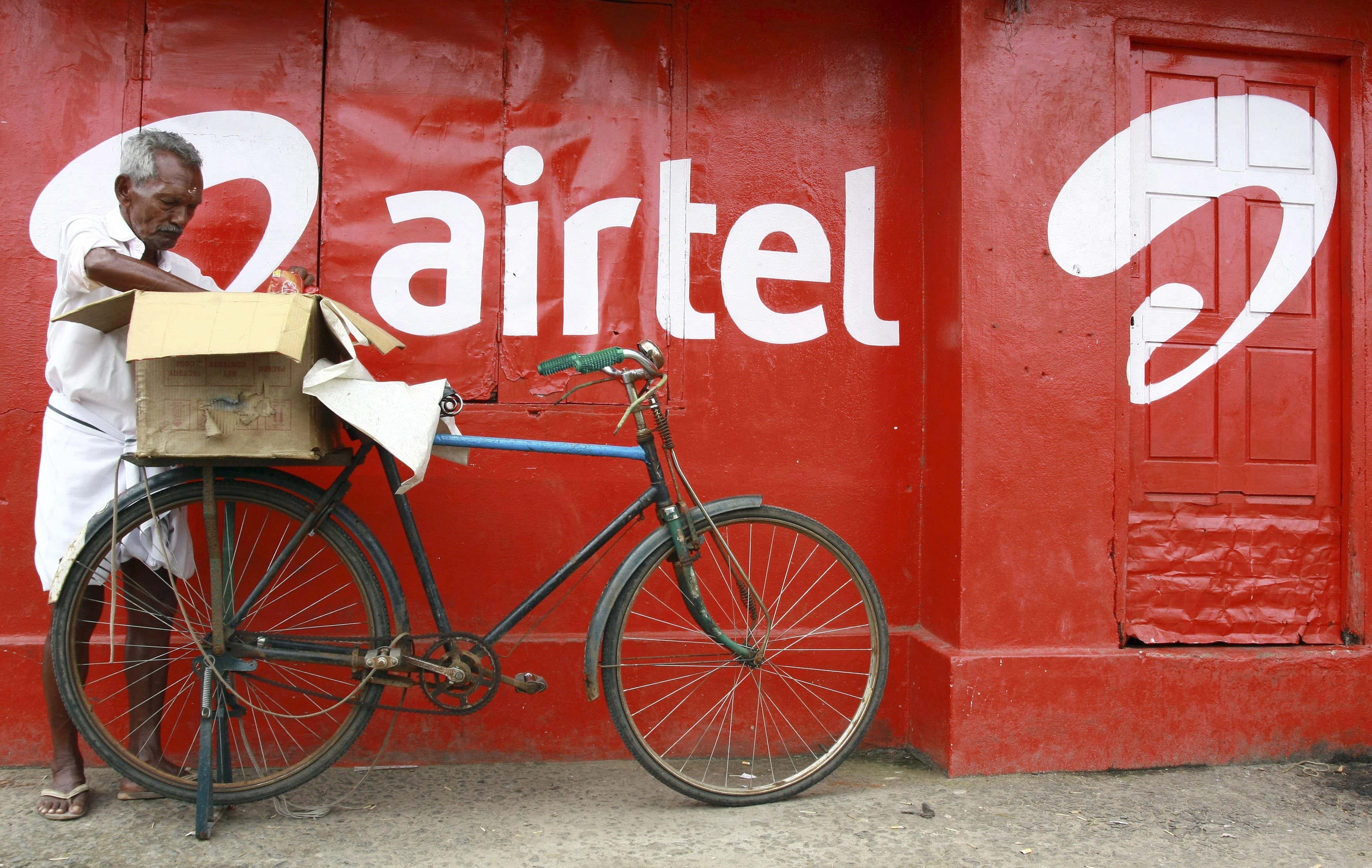 A decision to sell a $1.5 bln stake in Bharti Airtel may have been forced. The four-year investment nevertheless brings a decent return from a savaged industry. A price war could ease after recent consolidation, but India’s top operator faces more challenges from a bold upstart.

A man packs goods on the back of his bicycle as he stands next to the wall of a grocery shop painted with an advertisement for Bharti Airtel in the southern Indian city of Kochi May 5, 2011.

An affiliate investor of the Qatar Foundation is selling a 5 percent stake in India's Bharti Airtel for about 95 billion rupees ($1.5 billion), according to a deal term sheet circulated on Nov. 8 seen by Reuters Breakingviews.

Three Pillars is aiming to sell 199.9 million shares in a price range of 473 to 490 rupees each, a discount of up to 8 percent to Bharti's closing price on Tuesday.

UBS is acting as the placement agent on the disposal.