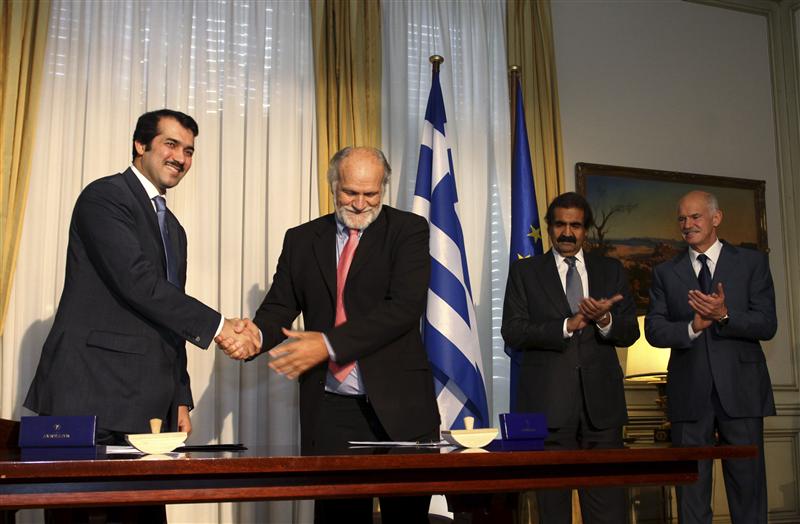 The Gulf country is hungry for exposure to gold. Its offer to finance a Greek mining project will secure it at least 27 pct of the Canadian group at a snip of its mooted July valuation. But in current markets, investors will have to think hard before turning away the Qataris.

Qatar Holding said on Oct. 1 that it will invest almost $1 billion in European Goldfields including $600 million to finance mining operations in Greece, where the Canadian listed firm recently won a key permit.
The sovereign fund agreed to provide a $600 million seven-year secured loan facility at a margin of 7 percent above 6 month Libor per annum. As part of the facility, Qatar will receive warrants to purchase 40.4 million shares in European Goldfields at a strike price of 9.08 Canadian dollars per share.
In addition, Qatar also acquired a total 9.9 percent stake in European Goldfields, or 18.2 million shares at a cost of 10 Canadian dollars each, from a subsidiary of Greek’s largest construction group Ellaktor and shareholder Dimitrios Koutras. As part of the deal, Qatar will have a call option to buy a further 5 percent or 9.4 million shares at a price of 13 Canadian dollars per share.
In August, Qatar agreed to invest 500 million euros to support a merger of Alpha Bank and Eurobank, two of the recession-hit country’s largest banks. The deal would give the Qataris about 17 percent of enlarged group.
Qatar Holding was advised by Credit Suisse. Evolution Securities, Liberum Capital, and Lazard & Co. advised the company and its directors.
The financing transaction is subject to shareholder approval.