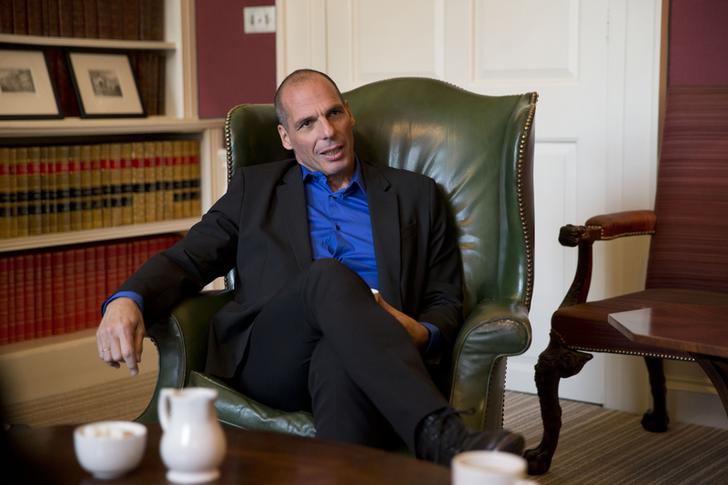 Yanis Varoufakis dropped calls for an explicit debt haircut and made plausible proposals on debt and deficits. The “erratic Marxist” is growing into the job. Still, investors and foreign politicians will take some persuading that his government can deliver major economic reforms.

Greek Finance Minister Yanis Varoufakis speaks during his meeting with Britain's Chancellor of the Exchequer, George Osborne, at Downing Street in London February 2, 2015.

Greece’s Finance Minister Yanis Varoufakis dropped calls for a write-off of its bailout loans, Reuters reported on Feb. 2. The country’s new proposals, unveiled at a meeting with private investors, include converting bonds held by the European Central Bank and some of Greece’s bailout loans into perpetual bonds or bonds linked to Greece’s nominal debt.

Varoufakis told the Financial Times that the country would target a fiscal surplus before interest payments of 1-1.5 percent, the paper reported on Feb. 2. Greece will ask European lenders to agree a four-month “bridging programme” from the end of February, during which the country will fund itself by issuing treasury bills to its banks. The country’s bailout is scheduled to expire in February, and it is already at the limit of its treasury bill issuance allowed under its programme.