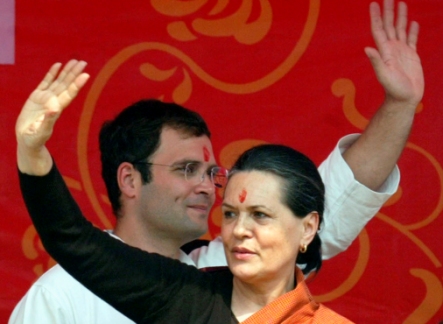 Rahul Gandhi’s electoral drubbing may just be the boost India needs. His ruling Congress Party was on course for an embarrassing defeat in key state elections on March 6, showing it can no longer rely on handouts and the Gandhi family magic. It could be a turning point. Fear of losing 2014’s general election might just jolt the party into action on urgently needed reforms.

Congress, which leads India’s coalition government, was already on the back foot. Under its watch, the country’s GDP grew by a paltry 6.1 percent in the last quarter ending December 2011, its weakest rate in three years. Economic reform has been mostly lacking since the party won the general elections in 2009. Besides offering food subsidies to around two-thirds of the population, the current government will mostly be remembered for corruption scams that paralyzed its leaders.

Losing the key state of Uttar Pradesh, India’s most populous, isn’t the end. Having received a kick up the backside, Congress still has two years until general elections in which to find a message that inspires the Indian public. One way would be to ratchet up subsidies, hoping that populism, and widespread voter love for Rahul Gandhi’s political dynasty, will win out. But such tactics are clearly getting less effective.

A better outcome would be a rethink. The regional parties which have performed well in elections so far have done so on platforms of reform and development. Congress could embrace that message too – for example, moving decisively to liberalise markets, increase the ease of doing business in India and invite foreign competition. All could help revive the economy, and win popularity.

What happens next is political horse-trading. In Uttar Pradesh, Congress may join the local Samajwadi Party (SP) as a junior collation partner. As a quid pro quo, the SP may then be prepared to support Congress in New Delhi, strengthening its currently weak alliance there. Still, it will be clear to Gandhi and his followers that tinkering with alliances alone will not secure a victory in 2014. Voters have spoken – Congress has a chance to show it is listening.

The Congress party looked likely to lose elections in the Indian state of Uttar Pradesh as of 12.12 IST on March 6. The party, which heads the federal coalition government, was trailing in fourth place as counting of votes neared a conclusion on March 6.
With results in for 396 out of 403 seats, Congress and a regional ally had won just 49 seats. Congress also looked set to lose in Punjab and Uttarakhand, but was leading the seat tally in Manipur and Goa as of 12.12 IST on March 6.
The Samajwadi Party looked set to win the largest number of seats in Uttar Pradesh, the largest State in India with a population of over 200 million people. That would signal the exit of low-caste leader Mayawati as chief minister of the state.