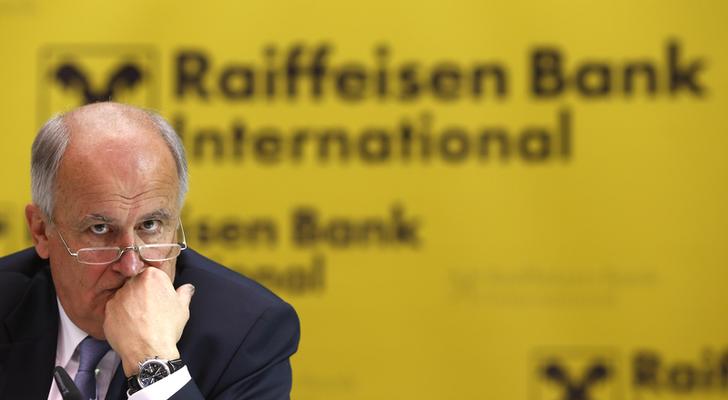 The Austrian lender plans to sell its Polish arm and cut back in Russia to achieve a 12 pct core capital ratio by 2017. But its new European regulator has yet to factor in the Russian slowdown and Swiss franc turmoil. Raiffeisen may need to repeat 2014’s rights issue.

Raiffeisen Bank International said on Feb. 9 it would target a core Tier 1 ratio of 12 percent by 2017, achieved by a 26 billion euro gross risk-weighted asset reduction.

The Austrian lender said it would pay no dividends for 2014 to retain earnings, and look to sell operations in Poland. The group overall made a 493 million euro net loss for 2014, compared to a 557 million euro profit in 2013.

Raiffeisen shares were trading at 12.1 euros on Feb. 10, up 6.4 percent. On Feb. 9 the government of Hungary, where Raiffeisen also operates, said it would reduce its domestic bank levy from 53 basis points to 31 basis points next year.