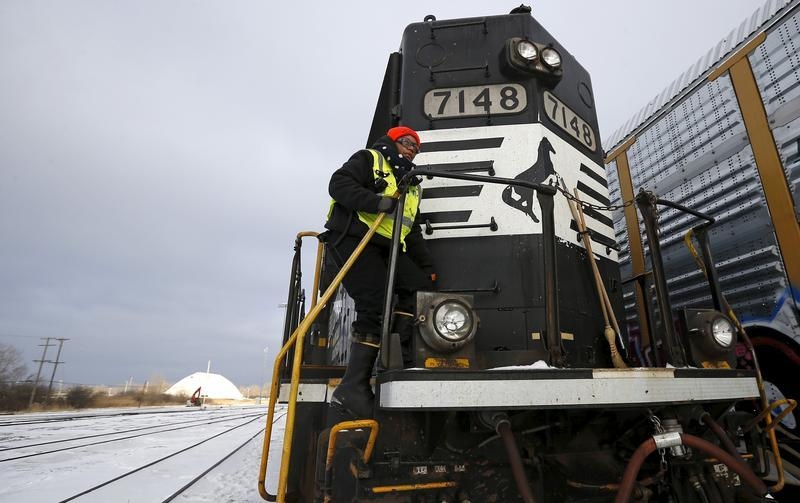 Canadian Pacific Railway will probably have to cough up more than $28.4 billion to keep a Norfolk Southern deal on track. The company justifies its unsolicited bid for its U.S. rival by touting cost savings worth over $12 billion. But CP shareholders would keep $5 billion of that amount for themselves. Given antitrust risks, the merger price could use stoking.

The current offer is half in cash and half in stock, with a modest 19 percent premium over the value of Norfolk Southern shares when news of a possible deal broke last week. CP says combining the two railroads will produce at least $1.8 billion of annual savings, which works out to a present value of around $12.6 billion, after taxes and using a multiple of 10. The Canadian company also suggests the deal could generate tax savings and better service.

The premium of about $4.5 billion looks light, though, especially considering CP would end up in control. Subtracting that amount from projected savings leaves $8 billion for all shareholders. Current CP investors would own 59 percent of the merged firms, meaning they would get about $5 billion. There’s clearly room to sweeten the offer and still provide them with a hefty return.

Norfolk Southern has given the bid a cool reception, highlighting the real possibility that trustbusters and other regulators would derail a transaction, which in any event wouldn’t close until late 2017 at the earliest. The U.S. Surface Transportation Board, for example, only approves railroad mergers that are in the public interest – a tough standard to meet. About 15 years ago, it squelched a similarly large cross-border rail deal.

CP says it plans to allay those concerns with commitments to do things like letting competitors use its tracks if service falls short. Too many concessions, though, and the deal loses its economic justification. At the very least, CP will probably have to deliver a bigger premium. Otherwise, the regulatory hurdles alone could make this merger tough to bring into the station.

Canadian Pacific Railway revealed on Nov. 18 the terms of its unsolicited $28.4 billion offer for Norfolk Southern. CP is offering $46.72 in cash and 0.348 of its own shares for each share of its U.S. rival. That would mean Norfolk Southern would control 41 percent of the combined company.

The offer is worth $94.95 a share, based on closing prices on Nov. 17, and would represent a 19 percent premium to where Norfolk Southern’s stock closed before news of a possible offer emerged on Nov. 6.

Norfolk Southern’s board of directors says it is evaluating the offer, which it called low-premium, non-binding and highly conditional. The company also warned that consolidation among two of the largest railroads would face “significant regulatory hurdles”.