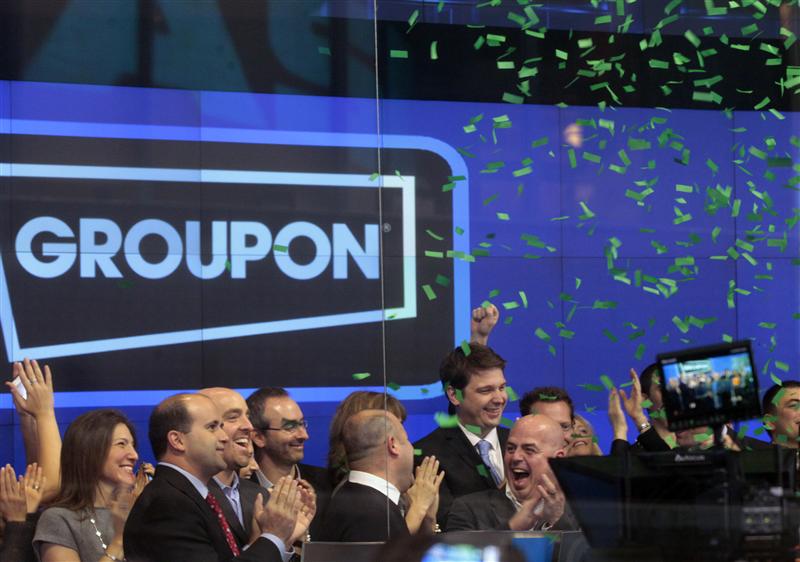 Groupon was a unicorn before such creatures started running wild in Silicon Valley. The daily-deals website in 2010 became one of the fastest to reach the $1 billion valuation required to earn the mythical sobriquet, whose coinage only first appeared in late 2013. With its latest round of bad news, the company has now given a reality check to these one-horned rainbow-chasers.

Slashed revenue forecasts and the replacement of its chief executive led to a 26 percent decline in Groupon’s shares on Wednesday. It’s now worth about $2 billion. Google was ready to buy it five years ago for almost $6 billion, at the time one of the highest prices ever offered to an internet startup. Founder Andrew Mason and his team got cold feet, however, reckoning they had more growth ahead of them and fearing they would look back and feel they had sold too early. That’s what YouTube arguably did in 2006 when Google bought it for $1.7 billion.

In some ways, Mason, who was later ousted from the company, got it right. He took Groupon public in 2011, raising $700 million and achieving a $13 billion valuation in what was the largest initial public offering by a U.S. internet company since that of Groupon’s suitor, Google, seven years earlier. The rise and subsequent fall speaks loudly to a dilemma many entrepreneurs face these days.

It’s probably easy for founders and venture capitalists to latch onto the stories of successful refuseniks. Mark Zuckerberg famously rejected Yahoo’s $1 billion takeover bid for Facebook in 2006 and now controls a company worth nearly 300 times as much. Twitter’s three creators similarly turned down Facebook’s $500 million offer in 2013 and today can boast of a $20 billion market capitalization.

There are no simple answers, of course. How fast a company is growing can be just as big a factor in deciding whether to sell to a bigger rival as the age and ambition of the founder or if the company is public or still private. What’s clear, though, is that the amount of money sloshing around and the lofty expectations implied by many current fundraising rounds will make more startups believe they can outrun a mooted acquisition price. Groupon is a stark reminder of how easy it is to get lost in valuation fantasyland.

Groupon shares fell 27 percent on Nov. 4, a day after the company’s chief executive stepped down and the company reported revenue below what analysts had been expecting.

Employees and guests of Groupon

Groupon shares fell 27 percent on Nov. 4, a day after the company’s chief executive stepped down and the company reported revenue below what analysts had been expecting.