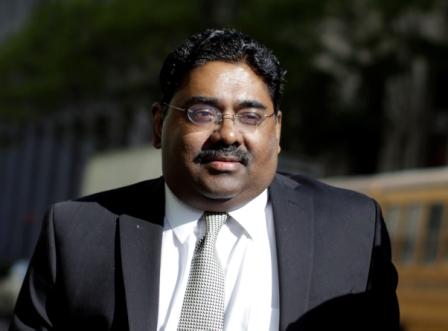 The 11-year term handed to the Galleon fraudster may seem excessive to those who think insider-trading penalties are overdone. But it looks about right in context – and it has unusual credibility. Not only was there no shortcut deal, the legal battle was also fully engaged.

Raj Rajaratnam, the founder of the Galleon Group hedge fund, was sentenced on Oct. 13 to 11 years in prison. Prosecutors had sought a minimum term of 19-1/2 years. Rajaratnam was convicted on May 11 of nine counts of securities fraud and five of conspiracy.
During a trial that lasted more than two months, Rajaratnam, 54, was accused of reaping as much as $63.8 million of illegal profits by trading from 2003 to March 2009 on tips from corporate insiders and hedge fund traders about various companies, including Google, Goldman Sachs and eBay. He had pleaded not guilty, arguing that his trades were based on research.