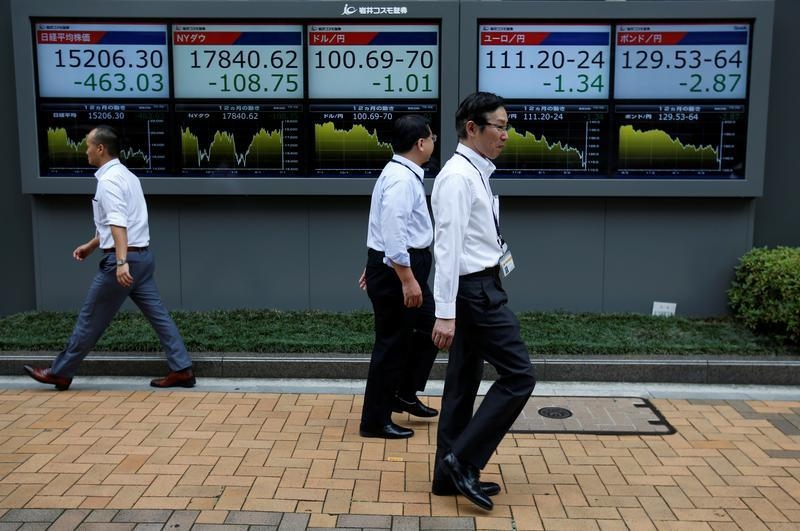 Rakuten’s shimmy highlights the power of a warped benchmark. Shares in the Japanese online retailer leapt on Wednesday, following news it would join the Nikkei 225 as part of a frequent reshuffle of constituents. That shows the pull of this arbitrary but major index. The central bank’s roughly $60 billion-a-year push into equity funds will only amplify the distortion.

By early afternoon in Tokyo on Sept. 7, Rakuten shares were up more than 6 percent, adding more than $1 billion to its market value. Meanwhile stock in Nippon Soda, the small-cap chemicals firm that is being kicked out of the Nikkei, crashed 11 percent.

Rakuten is a commendable new-economy outfit. The Nikkei 225 system is anything but: CLSA analyst Nicholas Smith calls it a “Flintstones index”. That is because nowadays most groupings of shares, like the S&P 500 or the FTSE 100, consider companies based on free-float weighted market capitalisation, or the value of all tradable stock.

The Nikkei, in contrast, relies on liquidity and simple share prices. That means Fast Retailing, the $38 billion group behind fashion retailer Uniqlo, costs 36,400 yen a share, and accounts for more than 8 percent of the index. Meanwhile, Seven & I, the $39 billion convenience-store operator, has a share price of just under 4,500 yen and an index weight of 1.1 percent.

With a few exceptions – like the Dow Jones Industrial Average – this is not how things are done nowadays. That’s because such a system leads to certain stocks being purchased disproportionately by tracker funds, and to a lesser extent active fund managers who compare themselves against an index.

The Nikkei also arbitrarily insists on having a balance of its 225 constituents from six broad sectors – technology, finance, consumer goods, materials, capital goods and transport. That makes it easier for some companies than others to enter.

The distortion is made even worse by the Bank of Japan’s growing presence in equities, as it casts around for fresh ways to jumpstart the economy. In July the BOJ nearly doubled annual purchases of exchange traded funds to 6 trillion yen ($59 billion). CLSA reckons 55 percent of these ETFs track the Nikkei, not the more conventionally built Topix. So the Nikkei’s strange sway is likely to grow.

Shares in Rakuten leapt on Sept. 7, after the Japanese e-commerce company was earmarked for inclusion in Japan's benchmark Nikkei-225 stock index as of Oct. 3.

The move contrasted with a 0.7 percent dip in the Nikkei index, and a 12 percent slide in Nippon Soda, a maker of chemicals and drug ingredients, which will leave the index.

Last month shares in FamilyMart leapt more than 10 percent on news the retailer would be added to the index.