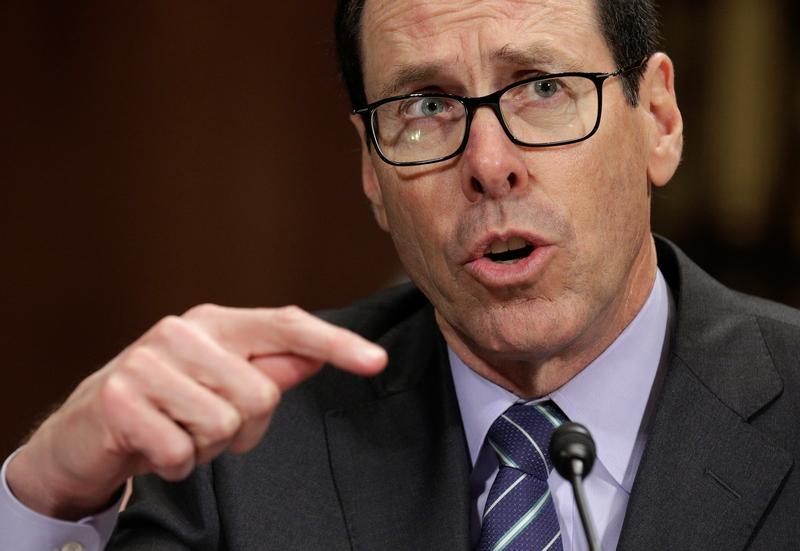 The AT&T boss is fighting U.S. regulators who sued to block his $85 bln merger with Time Warner. Faced with similar opposition six years ago, he gave up a $39 bln tilt for T-Mobile US. This time he has left no room for retreat. Anything less than all-out victory would be fatal.

Chief Executive Officer of AT&T Randall Stephenson testifies before the Senate Judiciary Committee Antitrust Subcommittee during a hearing on the proposed deal between AT&T and Time Warner in Washington, U.S., December 7, 2016.

The U.S. Department of Justice filed a lawsuit against AT&T on Nov. 20 to block the telecom firm’s proposed merger with Time Warner. In the complaint, the government said if the merger were to proceed, “the newly combined company would use its control of Time Warner’s popular programming as a weapon to harm competition.”

David McAtee , AT&T senior executive vice president and general counsel, said in a statement: “Today’s DOJ lawsuit is a radical and inexplicable departure from decades of antitrust precedent. Vertical mergers like this one are routinely approved because they benefit consumers without removing any competitor from the market. We see no legitimate reason for our merger to be treated differently.”