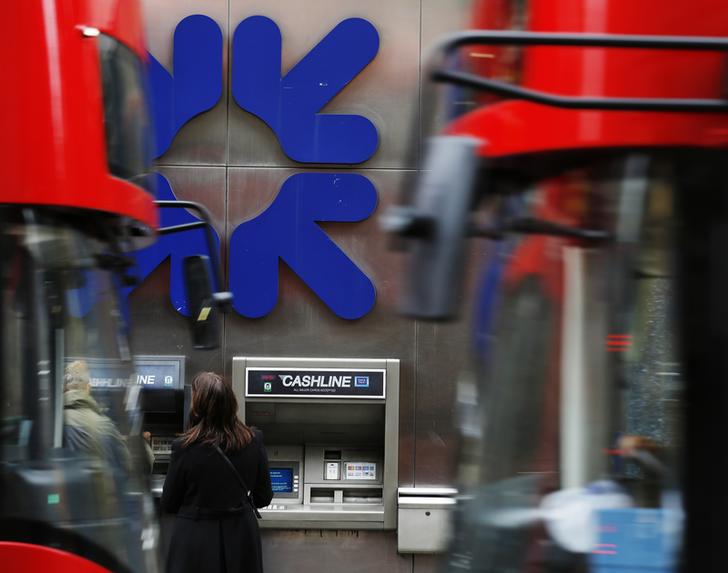 Royal Bank of Scotland’s new-found solvency strength is not quite what it seems. Following the disposal of its stake in U.S. arm Citizens, the UK bank revealed on Oct. 30 it would sport a 16 percent core Tier 1 ratio – four times what it was in early 2008. But Chief Executive Ross McEwan can’t yet afford to celebrate.

RBS currently has 40.2 billion pounds of core Tier 1 capital, according to results for the three months to the end of September. Following the Citizens disposal, risk-weighted assets should fall by 23 percent to 244 billion pounds. But the numerator in its capital calculation is in line for a battering.

The most obvious threat is conduct costs related to the alleged mis-selling of mortgage-backed securities. In a worst-case scenario these could be as much as $13 billion (8.5 billion pounds). Factor in 2.7 billion pounds in restructuring costs that still need to be taken through the profit and loss statement, plus 1.2 billion pounds in costs relating to RBS’s 2008 bailout, and its core Tier 1 ratio looks more like 11.4 percent.

RBS has 2.4 billion pounds of litigation provisions. But it may also face other conduct charges, such as potential fines for an overly robust approach to dealing with small UK businesses in distress. More encouragingly, the bank is generating capital itself – its core Tier 1 capital ratio rose by 0.4 percentage points in the third quarter alone. If RBS can keep this up, it would be at its targeted 13 percent core Tier 1 ratio by the end of next year.

It won’t be easy. The release of impairment provisions from the bank’s extra conservative approach last year has slowed, and group pre-tax profit missed consensus. Non-interest income declined by a third in the quarter year-on-year, and net interest margins are under pressure.

Unlike the almost re-privatised Lloyds Banking Group, RBS is still almost three-quarters owned by the state. On less extreme conduct fine projections, RBS’s capital looks comfortable enough. But while banker-bashing has receded under the Conservative government, investors hoping for a dividend still need a telescope.

People stand near a branch of Royal Bank of Scotland (RBS) in London November 1, 2013.

Royal Bank of Scotland on Oct. 30 said costs relating to past misconduct could be substantially higher than expected.

The bank said that legacy issues continued to be addressed, but further costs and provisions in respect of conduct and litigation-related matters were expected, and could be substantially greater than the aggregate provisions RBS had already recognised.

Court documents filed in the United States in June suggested the bank could have to pay $13 billion to settle the mortgage-backed securities claims. The bank is being investigated by the U.S. Federal Housing Finance Agency and Department of Justice.