Out of the mire 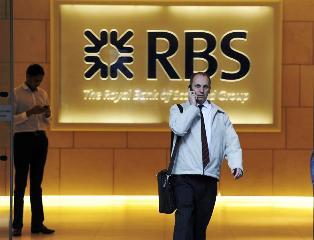 The UK bank will pay over 800 million pounds to hang on to a lending arm that European antitrust authorities wanted it to offload. The boost to competition is hard to assess. But the Treasury-negotiated deal hauls RBS closer to becoming a normal bank – at a good price.

A man walks out of a Royal Bank of Scotland building in the City of London.

The European Commission said on July 26 that it had accepted “in principle” the British government’s revised plan to meet state aid conditions for the 45 billion pound bailout of Royal Bank of Scotland at the height of the 2008-09 financial crisis.

If formally accepted, the deal would allow RBS to keep the banking unit known as Williams & Glyn, which has about 300 branches and had net loans and advances of almost 21 billion pounds in March 2017.

The UK finance ministry said on 26 July that RBS would spend 835 million pounds to help so-called challenger banks, encourage customers to switch their accounts from RBS, and on other measures to boost competition.

European regulators originally ordered a sale of Williams & Glyn by 2013 to prevent RBS, Britain's largest small-business lender, from having an unfair advantage after the bailout and posing a systemic threat to the domestic economy.

RBS said on July 26 it will take a 50 million pound charge to cover the cost of measures. That is in addition to the 750 million pounds it has already set aside. The bank said it will also incur running costs of around 35 million pounds for the plan, mostly before 2019.