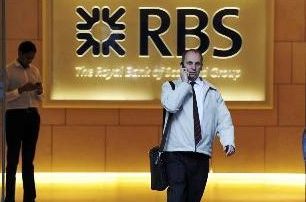 Royal Bank of Scotland, the state-owned UK lender, is cutting its investment bank, again, and is merging it with its international payments unit. The new division aims to make more than the 12 percent groupwide cost of capital. It must do at least that to have any value. But it is a big ask given regulatory and political headwinds.

The cash equities business was never a strength for RBS – not even after the purchase of Hoare Govett which came with the disastrous ABN Amro acquisition of 2007. The fixed income business is stronger. Indeed Greenwich Capital Markets, acquired with NatWest, is something of a jewel in what is otherwise a pretty tarnished crown. Helped by Greenwich, America contributes the largest share of RBS’ investment bank revenues, almost one-third of the total. It also earned a healthy 24 percent return on equity in 2010.

Sadly, the strengths are shrinking. Greenwich was a big player in now-diminished U.S. mortgage trading and returns will come under further pressure because Basel regulations require RBS to assign more capital to fixed income. Moreover, new UK rules that will ring-fence retail banks from riskier wholesale arms raises the latter’s cost of funding. Analysts at Credit Suisse forecast that, without restructuring, return on equity at the investment bank would have shrunk to 6 percent.

The restructuring outlined on Jan. 12 might be enough to boost returns above the 12 percent. But for the time being, potential buyers are likely to bid only at a sharp discount to the 15 billion pound book value of the investment bank. If RBS can show it can jump the 12 percent cost of capital hurdle, it might find buyers ready to pay a more acceptable price. But there is still plenty that could go wrong. UK politicians’ propensity to want to bash bankers could throw a spanner in the works, though commercial imperatives – for the time being at least – appear to have the upper hand.

Soldiering on with the investment bank may be RBS’ best option, but that doesn’t mean it’s an attractive one.

A man walks out of a Royal Bank of Scotland building in the City of London.

Royal Bank of Scotland is to shrink assets and staffing levels at its Global Banking and Markets arm, the state-owned lender said on Jan. 12.
RBS will sell or close Hoare Govett corporate broking arm, its cash equities business, its equity capital markets and its mergers and acquisitions advisory arm. These had revenue of 220 million pounds during the first three quarters of 2011, but are unprofitable. Lazard is advising RBS on the mooted sale.
RBS will combine its remaining fixed income business, which is a traditional strength, and its equity derivatives side with the international arm of Global Transactions Services. GTS offers payments, cash management and trade finance.
These businesses will be organised into Markets and International banking, and will report to John Hourican, the current chief executive of GBM. The reorganisation will help RBS comply with new UK requirements that domestic banks ring fence their retail operations so they can continue to operate in the event of a failure in another part of the group.
RBS will reduce headcount by 3,500 over the next three years, on top of a 2,000 cut in the final quarter of 2011. Around 3,000 staff from GTS are expected to transfer to the new wholesale division, bringing headcount to around 16,500. Total staff numbers have already fallen from 173,000 in 2008 to 150,000 now. The group declined to predict what they will be in 2015.
In a flat market, RBS’s share price had risen 6.7 percent to 23.22 pence as of 1002 GMT.