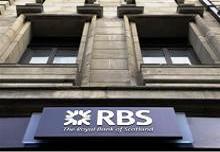 Royal Bank of Scotland needs to make the case for its freedom. The UK bank’s management is now publicly stating that the process to sell down the UK government’s 81 percent stake will begin in under a year. But a quick sale looks as double-edged as RBS’s own current performance.

The big positive from RBS’s first-quarter figures was the lack of one-off charges. In the previous period, fines for Libor misdemeanours and mis-selling mortgage insurance, restructuring costs and various other items knocked 3.1 billion pounds off profit. In the latest, the total was just 142 million pounds, enabling RBS to book a rare group profit of 826 million pounds.

There was a major negative. Core operations produced only 1.3 billion pounds of operating profit, against consensus expectations of 1.8 billion pounds. Weakness was unsurprising in the investment bank, which is being cut down to size, but net interest margins also fell sharply year-on-year in UK corporate and retail.

Such numbers, along with the possible need to issue of billions of pounds of contingent capital this year, reinforce suspicions that RBS’s fair value lies well below the average 500 pence per share paid by the UK exchequer to rescue the bank in 2008. Any share sale before 2015 would therefore probably mean the taxpayer taking a loss.

The hit could still be justified. RBS shares will be placed in tranches over several years, so there’s scope for future sales to be above the in-price. And reducing the state embrace could yield practical and psychological benefits, cheering staff and investors alike.

Would a newly invigorated RBS start lending hand-over-fist to support a UK recovery? Maybe, but it’s possible that a moribund economy would instead leave RBS revenue in the doldrums, regardless of the split between state and private ownership.

RBS managers would be clear winners from privatisation, at any price. Taxpayers would appear to be losers, at anything close to the current price. It’s up to RBS to prove why it’s a good idea for everyone.

A logo of an Royal Bank of Scotland (RBS) is seen at a branch in London February 23 2012. REUTERS/Stefan Wermuth