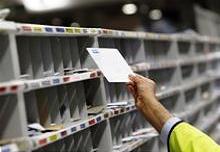 The UK government is toying with the idea of giving away its RBS shares to the public. It should consider the law of unintended consequences. A putative investor sets out what could go wrong in this unhappy letter to the bank’s chairman, after throwing in the towel in 2015.

I realise this will come as something of a blow to you, but after eight years and no end of self-recrimination, I feel I must finally sell my Royal Bank of Scotland shares.

As an increasingly embittered holder of RBS stock since Aug. 8, 2007, there have been precious few highs and a great deal of lows. My total return of minus-92.5 percent is somewhat disappointing. But that’s not why I’m selling out now. Oh no. The real reason is your free share giveaway when the government decided to get rid of its 81 percent stake in 2013. All my fellow countrymen got shares, and the number of RBS shareholders went from 214,369 to just over 43 million.

At first, I thought nothing would change. Everyone fretted that the vast majority of RBS shares would be controlled by a group of disengaged puddings, but not me. We’d already had five years of that with UK Financial Investments.

In fact, things went downhill alarmingly quickly. The first annual general meeting after the giveaway was a complete disaster. I had become accustomed to my yearly trip up to the comparatively homely Edinburgh International Conference Centre, but instead I had to sit with 90,000 of my new investor colleagues in Wembley Stadium. I felt for you as you tried to manage the live video link-up with Old Trafford, Murrayfield and various other national sports venues stuffed with irate shareholders, while the entire West Stand chanted: “You’re ex-growth, and you know you are”. But I lost patience when it came to the questions. They went on for three days.

This year’s AGM was barely any better. After last year’s debacle, letting everyone re-elect directors remotely from home was probably the right move. It was unfortunate, then, that so many shareholders misinterpreted the rules and thought they had to vote at least one director off, like on X Factor. Poor old Tony Di Iorio never stood a chance.

The final straw came with the text message harassment. I thought PPI ambulance-chasers were bad. Now I get at least 40 texts a day from an offshore phone number informing me that millions of people in the Far East want to buy my shares. Until recently, it didn’t seem worth it for just a few hundred quid. But now I’m surrounded by Chinese sovereign wealth funds that have managed to amass a 50 percent stake by buying at a tenth of book value. We might have got more money if we’d just sold them the stake in the first place.

I don’t blame you or poor Stephen Hester, now entering his eighth year as chief executive without a bonus. But I’ve had it up to here with UK banks. That’s why as of today I’m switching into Monte dei Paschi di Siena. Its shareholder register is, I hear, getting smaller by the minute.

British Prime Minister David Cameron has refused to rule out distributing the government’s share in Royal Bank of Scotland to the UK public.
“These are all interesting questions for the future,” he told reporters in Mumbai on Feb. 19. “The first job is to turn around the performance of RBS and to strengthen its balance sheet, strengthen its business and that’s what (RBS Chief Executive) Stephen Hester and his team are doing.”

British Prime Minister David Cameron has refused to rule out distributing the government’s share in Royal Bank of Scotland to the UK public.
“These are all interesting questions for the future,” he told reporters in Mumbai on Feb. 19. “The first job is to turn around the performance of RBS and to strengthen its balance sheet, strengthen its business and that’s what (RBS Chief Executive) Stephen Hester and his team are doing.”