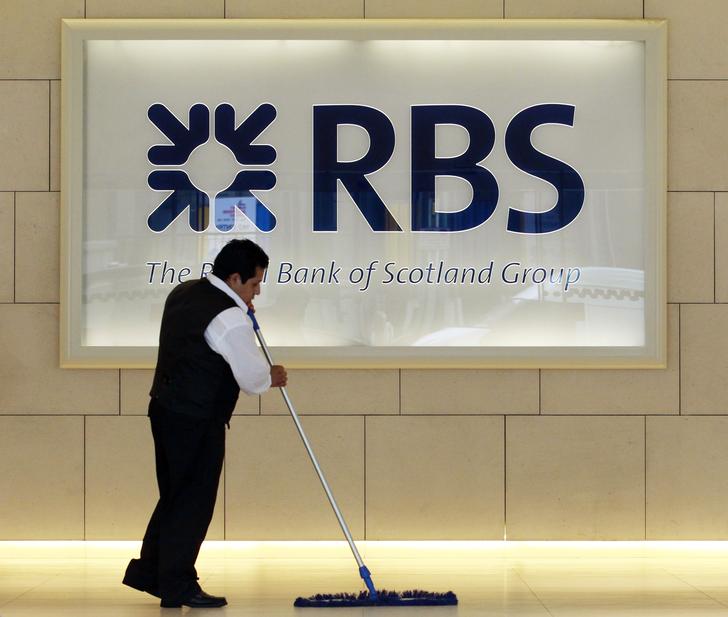 The British lender is cutting its once-mighty investment bank further after a full-year loss of $5.4 bln. That’s the right strategy, but it will hit short-term profitability. Worse, RBS’s state owners may not make investor returns their priority after the May election.

UK state-owned lender Royal Bank of Scotland on Feb. 26 posted a full-year net loss of 3.5 billion pounds ($5.4 billion) as it outlined plans to shrink its investment bank to under half the size of a previous target.

The bank plans to cut risk-weighted assets (RWAs) in its investment banking unit to between 35 billion pounds and 40 billion pounds by 2019, while exiting 25 countries across Europe, Asia and the Middle East. A year ago, RBS had said that the “steady state” for the business would be about 85 billion pounds in RWAs.

RBS said that former Financial Services Authority Chairman Howard Davies would join its board at the end of June, and take over from Philip Hampton as chairman of the bank at the start of September.

UK Chancellor George Osborne said in a letter to Davies that he expected Davies and RBS Chief Executive Ross McEwan “personally to ensure that the entirety of the bank’s business is conducted to the very highest ethical standards.”

Osborne added that he wanted RBS to be “a British bank focused on the British economy.”