One in the aye 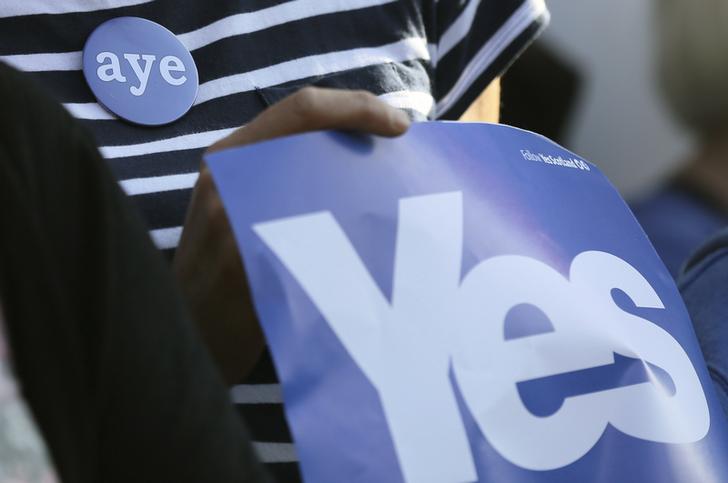 Scotland’s largest banks have moved to head off a crisis. Royal Bank of Scotland and Lloyds Banking Group say they will shift their Edinburgh-domiciled operations to London, should Scots vote for independence on Sept. 18. That’s a step towards financial stability – but not if you’re a Scottish consumer.

By redomiciling south of the border, RBS and Lloyds would reduce the chances of a run on deposits in the case of a Yes vote. The risk that large parts of RBS and Lloyds-owned Bank of Scotland might lose the Bank of England as lender of last resort, and that their money might not be covered by the UK deposit guarantee scheme, could have led customers to shift funds to English banks. Now they can have more confidence that their money is safe.

Thousands of Yes-supporting RBS employees are angry at the prospect of their once-proud bank leaving Scotland, according to a person familiar with the situation. They shouldn’t be. The size of the banking sector an independent Scotland would have to bail out will shrink from its current 12 times GDP to around three times. That makes an independent Scottish economy more sustainable, by eliminating the potential cost of bank bailouts in case of further crises.

The downside is that the biggest Scottish banks would be run from abroad. If an independent Scotland is perceived to be a riskier place to do business, the BoE will – and should – require banks operating there to hold more capital. The banks themselves might decide to do less business there. At the very least, that could push up credit costs for Scottish consumers, and restrict credit availability.

How big a problem that is will ultimately depend on what currency Scotland uses. If Edinburgh uses pounds outside a currency union, it will need to run a budget surplus to generate the reserves needed to brace for market shocks – which will be harder without the financial services revenues of RBS and any others who decamp to London. If Scotland launches its own currency, and if that currency falls sharply against sterling, Scottish mortgage holders could see their interest costs soar.

Scottish voters deserve answers on how an independent Scotland would mitigate these serious risks. Don’t bet on them materialising before Sept. 18.

Royal Bank of Scotland and Lloyds Banking Group will both redomicile their Edinburgh operations to London if Scots vote for independence on Sept. 18.

RBS said on Sept. 11 it would redomicile the bank’s holding company and its primary operating entity (The Royal Bank of Scotland Plc) to England, in order to address risks pertaining to the bank’s credit ratings and the fiscal, monetary, legal and regulatory landscape it has to operate in.

The bank said it intended to retain a significant level of its operations and employment in Scotland, and said its redomicile should have no impact on everyday banking services used by its customers.

Lloyds said its contingency plans included the establishment of new principal legal entities in England. It said there would be no immediate changes or issues which could affect its business or customers.

RBS and Lloyds shares both rose over 1 percent on the morning of Sept. 11. 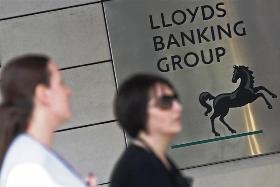 The UK government has invited investment banks to pitch for the right to help sell down its bank stakes. Bragging rights and league-table credit are up for grabs – but so is intense public scrutiny during and after the sales. The winners could wind up with a Pyrrhic victory.