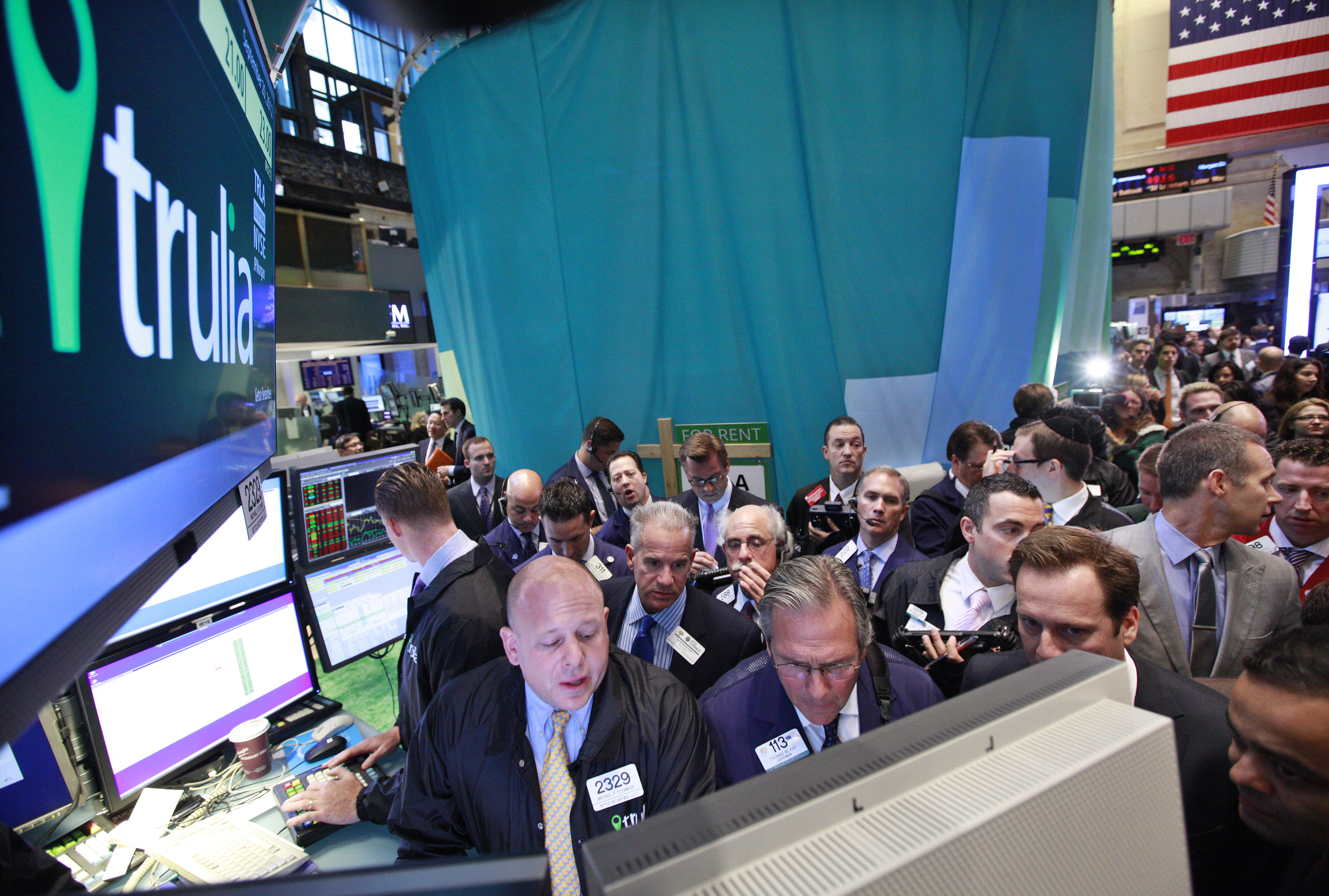 A real estate wave helped an initial public offering avoid a tech wipeout. Newly listed shares of Trulia, an online property listing service, popped by over 40 percent in their debut on Thursday. That defies the dire dot-com market evidenced by the likes of Facebook and Groupon. The U.S. housing recovery is a good story but Trulia is also still hitched to the Web.

For the first time in years, home prices, new construction and completed residences are slowly increasing across America. The rebound is helping many boats rise. Since the start of the year, Home Depot shares are up 43 percent, those of paint maker Sherwin-Williams have gained 67 percent and builder Lennar have rocketed 87 percent.

Trulia benefited, too, by associating itself with the housing market instead of the tech sector. More home sales mean more traffic on its site, more ads from movers to mortgage brokers and more realtors paying to have their picture and phone number pop up next to a new listing. The company’s first-half sales grew by nearly 80 percent from a year ago.

But the company’s financials reveal its true pedigree. Trulia is valued at about nine times the revenue it should be able to generate this year based on its January-to-June performance. That’s a tech multiple, not anything found in the bricks-and-mortar world of housing. It also has never turned a profit in seven years of existence, a foundation on which only a web IPO could be built. If Trulia can’t swing into the black soon, investors could move the shares into the shabby tech neighborhood.

Trulia, which operates a website and mobile application that provide data on U.S. home prices, made its public market debut on Sept. 20. After pricing shares at $17 apiece, they soared to nearly $25 in afternoon trading.

Traders gather at the post that trades Trulia Inc. for the first trade on the floor of the New York Stock Exchange

Trulia, which operates a website and mobile application that provide data on U.S. home prices, made its public market debut on Sept. 20. After pricing shares at $17 apiece, they soared to nearly $25 in afternoon trading.