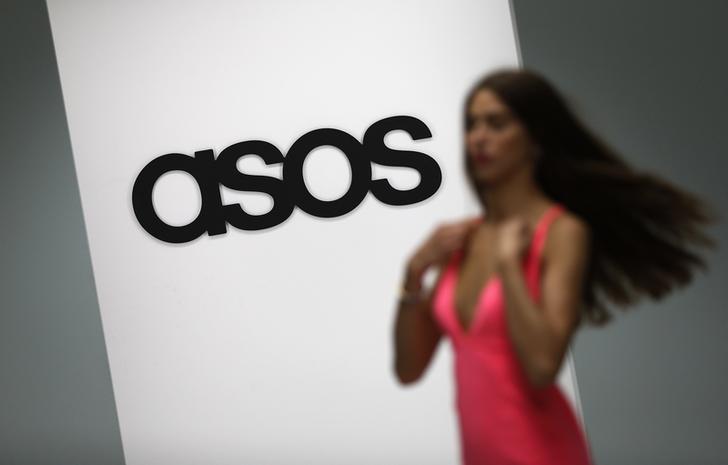 Reality has yet to cut into ASOS’s valuation. A profit warning on June 5 sent shares in the British online fashion retailer down nearly a third. But the company continues to totter on an uncomfortably high earnings multiple. That deserves to come down too.

As one of Europe’s few e-commerce hits, ASOS has been a stock-market darling, and an inspiration to a younger generation of tech entrepreneurs. But it’s having an awkward 2014. Three months ago, the company warned that revenue growth was slowing, from admittedly meteoric levels, and said investment needed to step up.

Now it is complaining that the strong pound is hurting sales overseas. These are central to growth and also more profitable than UK transactions, which attract VAT. ASOS has compensated by using discounts to drive volumes back home and get shot of excess inventory.

The latest surprise had sent ASOS shares down about 30 percent by mid-morning in London trading on June 5, implying a market capitalisation of about 2.7 billion pounds. This means the stock has roughly halved since the start of the year. Yet it still manages to look expensive.

That’s because the latest share price move is merely in line with the reduced guidance. ASOS now expects operating profit to reach about 45 million pounds in the year to Aug. 31, equating to an operating margin of 4.5 percent of sales. That compares with earlier margin guidance of 6.5 percent. Assume a roughly 25 percent tax rate holds, and ASOS is now on course to make about 34 million pounds of net income, putting the shares on nearly 80 times current-year earnings.

Ratings like that depend on stellar growth and no slip-ups. ASOS is another story. Sterling’s strength is not new, and ASOS should have been less sanguine about its impact back in March. By not doing so, it has produced two consecutive quarters of nasty surprises. That damages management credibility, and the stock rating ought to reflect that. The shares remain vulnerable to further falls.

A model walks on an in-house catwalk at the ASOS headquarters in London April 1, 2014.

ASOS, Britain’s biggest online-only fashion retailer, warned that earnings before interest and tax would account for just 4.5 percent of sales in the current financial year, against earlier guidance for an EBIT margin of 6.5 percent. It said sterling’s continued rise had slowed international sales growth to 17 percent.

Chief Executive Nick Robertson said in a statement: “Whilst our profit performance for this financial year is not what we had hoped for due to an unusual combination of factors, our accelerated investment in technology and infrastructure to support our 2.5 billion pound sales ambition is progressing and capex remains within guided levels.”