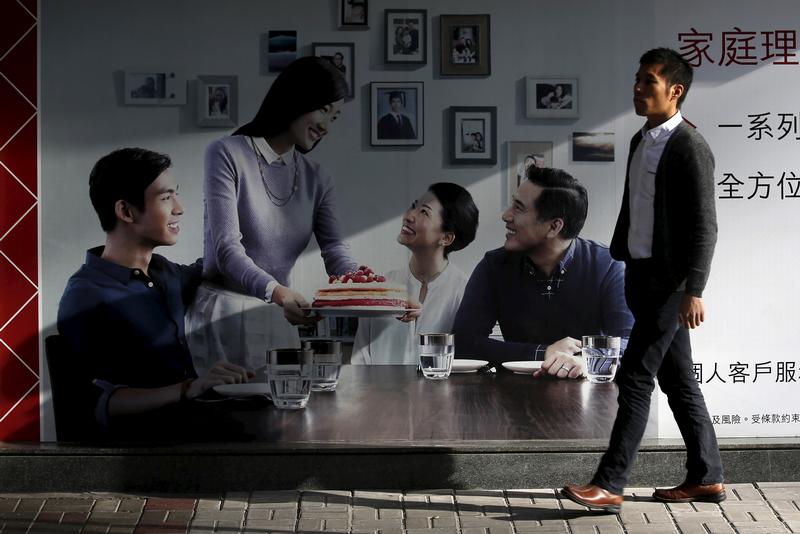 Online-only banks stole the show at an annual gathering. Yet months of political unrest have hit small businesses. The added risks may delay local launches from the likes of Standard Chartered and Tencent. It’s an unfortunate own goal for a city keen to catch up in this space.

A man walks past an advertisement of Bank of China for young customers, in Hong Kong, China November 30, 2015. Banks in Hong Kong are intensifying the battle for young customers key to their future retail profit, offering online perks and mobile banking products in a bid to erode the dominance of HSBC in its Asian stronghold. Picture taken November 30, 2015. REUTERS/Tyrone Siu - GF10000270013

Hong Kong Fintech Week is being held from Nov. 4 to Nov. 8 in Hong Kong and Shenzhen.

The Hong Kong Monetary Authority announced in March that it had granted digital banking licences to three groups: Livi VB, which involves a subsidiary of Bank of China, plus a venture backed by Standard Chartered among others, and ZhongAn Virtual Finance. In May, it granted four online-only banking licences to units of Alibaba, Xiaomi, Ping An Insurance, and a joint venture involving Tencent, bringing the number issued to eight. The newly licenced banks were expected to launch their services in around six to nine months.