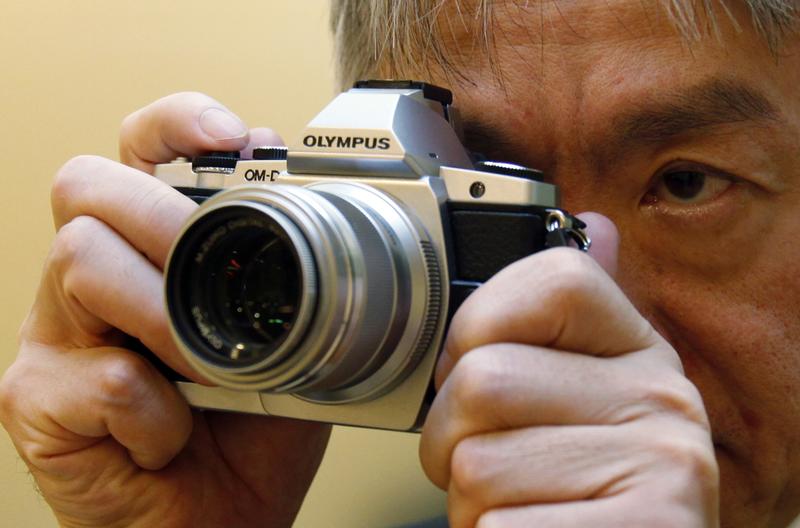 As the $13 bln Japanese company turns 100, it is inviting pushy investor ValueAct onto the board, slashing costs and zooming in further on endoscopes and other medical kit. Changing the corporate culture has been a slog, though. A weak camera business also blurs the picture.

Olympus Corp's President Hiroyuki Sasa looks through his company's OM-D compact digital camera during a photo opportunity at the company headquarters in Tokyo June 19, 2012. Olympus Corp is facing more pressure to accept capital from another firm in return for stock after a massive accounting scandal dealt a blow to its balance sheets, Sasa, the president of the Japanese producer of cameras and medical equipment said. Picture taken June 19, 2012. To match Interview OLYMPUS-CAPITAL/

Olympus, the Japanese medical equipment and camera maker, said on Jan. 10 it would implement a new cost-cutting programme, replace its chief executive, change its corporate governance structure and offer a seat on the board to its biggest shareholder, the activist fund ValueAct. The company’s shares gained 9.9 percent to 4,005 yen apiece on the day.

Chief Financial Officer Yasuo Takeuchi will become CEO on April 1, replacing Hiroyuki Sasa, who has served in the role since 2012.

The company said it would nominate Robert Hale, a partner at ValueAct, to serve on the board, as well as two other yet-undetermined international executives with experience in medical technology. ValueAct first invested in Olympus in 2017 and disclosed its stake in May 2018 after it reached 5 percent.

Olympus also said it is reorganising its medical device business into two divisions from the existing five. In addition, the company plans to freeze its selling, general and administrative expenses, including research and development, for fiscal year 2020 at the same level as fiscal year 2018.