Repo what you sow 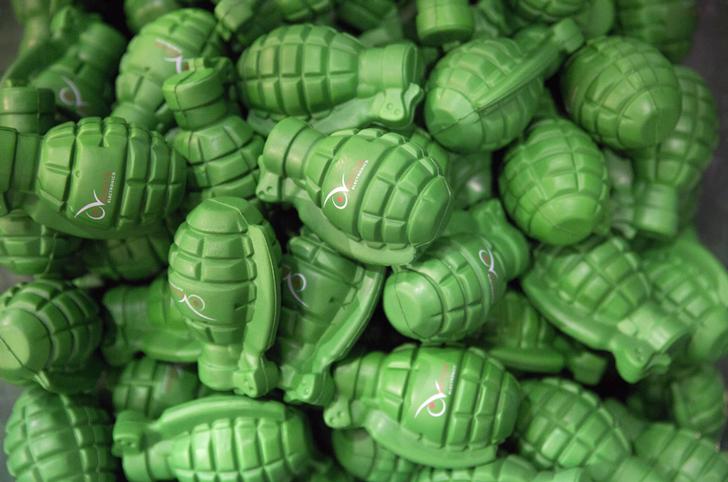 Regional lenders are getting racier. The likes of Wells Fargo, Nordea and Sumitomo Mitsui Financial Group have been bulking up in repo, a form of short-term collateralised lending that principally helps non-bank financial groups fund themselves and their clients. It’s not a wholly positive trend.

New regulations have forced big investment banks to pull back from the business. Repo lending is low margin and balance sheet intensive, making it one of the first areas to be cut given tougher leverage and liquidity regulation. Morgan Stanley data show that as of June 30, JPMorgan had slashed repo assets by a quarter since the middle of 2011, while Credit Suisse and UBS were down two-thirds.

Just as striking has been the zeal of commercial banks to plug that gap. Nordea and Japan’s Sumitomo Mitsui have doubled their repo books over the same period. Wells Fargo has grown its business 84 percent, Morgan Stanley says.

There’s no cause for undue fear just yet. Total repo volumes have fallen significantly since the global financial crisis. Average daily lending by U.S. primary dealers was just under $4 trillion in October, down from a peak of more than $7 trillion in the first half of 2008, according to the Securities Industry and Financial Markets Association. In Europe, the total value of repos was 5.6 billion euros as of June 10, down from a peak of 6.8 billion euros in June 2007, the International Capital Markets Association’s latest half-yearly survey showed.

Still, repo financing played a central role in transmitting contagion during the crisis. Yale professor Gary Gorton has argued that it was pervasive use of the repo market that allowed the mis-pricing of securitisations to wreak such widespread damage. Taken together, these two areas account for the majority of what policymakers call shadow banking, and which they are still struggling to comprehend.

What’s more, European volumes have started to tick back up, with a 2 percent rise from December last year. That may have something to do with Nordea and other Scandinavian banks simply doing more collateralised – and hence safer – lending than they have in the past. But regulators need to take care the repo grenade doesn’t blow up in non-expert faces.

U.S. primary dealer financing of repurchase agreements, or “repos”, stood at $3.9 trillion at the end of October, down 8 percent from the same point last year, according to the Securities Industry and Financial Markets Association.

The size of the European repo market increased 2 percent in six months to 5.6 billion euros as of June 10, the latest half-yearly survey by the International Capital Markets Association showed.