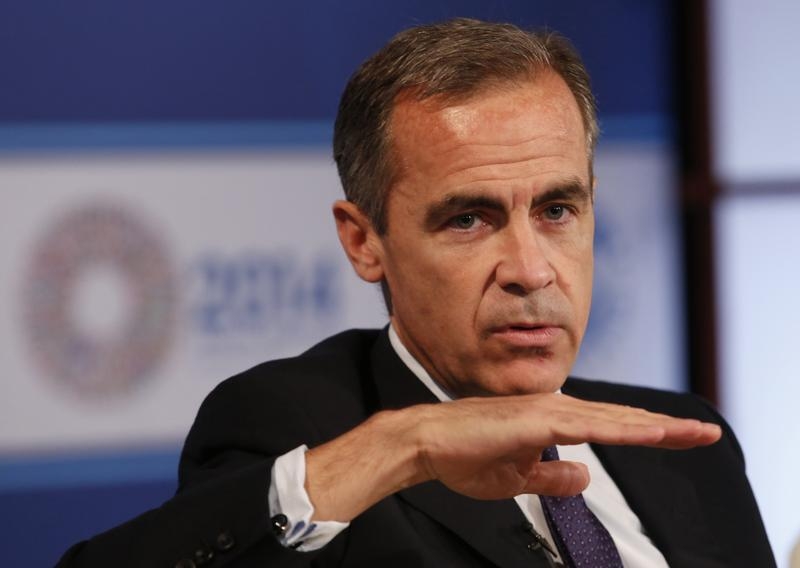 BoE Governor Mark Carney says we may need global rules to “put fixed pay at risk.” The context is Europe’s bonus cap, which is pushing up bank salaries. Carney thinks a U.S. idea of paying partly in bonds could apply to base compensation. It’s logical – if tricky to implement.

Bank of England Governor Mark Carney participates in a panel discussion during the IMF-World Bank annual meetings in Washington October 12, 2014.

Bank of England Governor Mark Carney said on Nov. 17 that new rules to control the fixed pay of bankers may be needed to ensure individuals can be held responsible for excessive risk-taking and misconduct.

In a speech in Singapore, Carney put forward the proposal as a way to counter a potential “undesirable” side effect of the European Union’s bonus cap, which he fears may make it harder for bankers’ pay to be “cut back.”